Have Haters On Facebook? Want To Hate Them Back? Use The New 'Hate With Friends' Tool To Do Just That 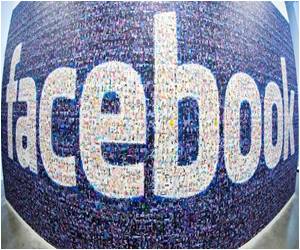 Remember all the haters a person has on Facebook? Ever wondered if you could hate them back? Well, fret no more! A new Facebook tool lets users find who from their friends list hates them and also gives an option to hate them back.

The tool, called Hate with Friends, brings the list of a user's friends from which one can select whom to hate and if the same person is using the service, then the tool prompts with an alert that both users hate each other.

Creator of the site www.hatewithfriends.com, Chris Baker, 30 said that the site is meant to be some fun and social commentary on the current status of Facebook, and he expected that there will be rare occurrence of mutual hatred on the site, ABC News reports.


Baker is also credited behind the Unbaby.me, now called Rather, a plug-in for Facebook or other social networks that lets users block updates about a specific topic such as the Royal Baby coverage.

The report said that Baker created the Hate with Friends in a bid to take a dig at casual sex service app, Bang with Friends and Facebook.

Source: ANI
Advertisement
<< The Latest In Passwords Might Be Facial Recognition and IPh...
A Climate Change Warning Mechanism is Need Of The Hour: Sci... >>

Looking for a Job? Don't Let Facebook Lower Your Chances Of Finding One
Nearly half of US employers research the online profiles of job candidates on social networks such ....

Facebook Warms Most Hearts in Chilly Swedish Town of Luleaa
Very few people have heard about the town of Luleaa, but if they are Facebook users, chances are ......