Facebook Warms Most Hearts in Chilly Swedish Town of Luleaa 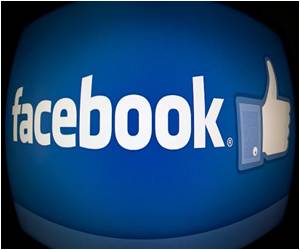 Very few people have heard about the town of Luleaa, but if they are Facebook users, chances are their status updates, pictures and "likes" have passed through this Swedish port near the Arctic Circle.

When the Internet phenomenon picked this chilly spot 725 kilometers (450 miles) north of Stockholm for its first data centre outside the United States, it was wooed by the climate -- literally and figuratively.

A survey has found that YouTube is overtaking Facebook as the most favourite site among teenagers.
Advertisement

"The already positive business climate was a big reason when we decided to get established in Luleaa," said Joel Kjellgren, the data centre's 32-year-old manager, as he paced the facility, a concrete building the size of five soccer fields.


The Baltic port lies in a region already dubbed the "Node Pole" for its high company growth, notably in IT and telecoms.

But Luleaa's own record of no major power cut since the late 1970s pleased Facebook, as did its secure access to green energy in the form of hydropower. A government pledge of 103 million kronor ($15.5 million, 11.5 million euro) in regional investment aid also helped.

Macedonian Orthodox Church has ordered its priests and nuns to avoid using Facebook
Advertisement
And then there was the weather.

This means Facebook can cool down the vast server halls with chill air from just outside, driving the energy cost down and the sustainability factor up. What other power it needs, it gets from hydropower stations along mountain rivers nearby.

"The halls might seem gigantic, and it requires a lot of energy to run them, but imagine if all those people would try to communicate by other means, calling each other, sending e-mails and pictures," said Kjellgren.

In fact, he said, the energy consumption of an average Facebook user is similar to the calories contained in three bananas or one caffe latte ? per year.

Luleaa has yet to see the full impact of the Facebook presence. Two server halls were opened this summer, and the remaining two will be operational in the middle of 2014.

And that's just the beginning. There is room for two more giant buildings next to the existing one, for a total of 12 server halls if need be.

But five months after the grand opening, the jury is still out on the actual economic benefits for Luleaa's 46,000 residents, whose livelihood historically relied on steel production.

The business community is all for the project, as are the local politicians, delighted to see their small town on the world map.

But critics point out that only a few jobs have been created so far, most of them for low-skilled workers.

One of the staunchest supporters is Matz Engman, CEO of the Luleaa Business Agency, who traveled to Facebook's Palo Alto headquarters in 2009 in a successful charm offensive to win over the board. Two years later, work began on the first building.

"It has created 750 construction worker jobs since the start in 2011 and it still goes on. At the moment around 200 people work on installation jobs in the halls," he said.

Although no more than 50 to 100 people are eventually expected to work in the Facebook date centre itself, Engman forcasts that it will generate up to 300 other new jobs in catering, cleaning, garbage collection, security and childcare.

"It has created an incredibly positive attitude towards the Luleaa business community," said Engman.

The town's science park, which mainly caters to the IT and telecom industry, grew 25 percent in 2012. The park's 100 companies employ 1,100 people - almost as many as the town's largest private employer, steel manufacturer SSAB.

A recent survey by Swedish business daily Dagens Industri showed that the Norrbotten region, where Luleaa is located, has more growth companies even than the Stockholm area.

"All curves are pointing in the right direction," he said.

But others, like Haakan Ylinenpaeae, a business professor at the Luleaa University of Technology, have a harder time seeing potential spin-off, such as a boom in new high-tech jobs.

"We haven't seen any major effects yet. The direct effect of the first building is around 100 jobs in total, and those are not very skilled," he said.

Ironically, environmental watchdog Greenpeace, not normally a fan of big corporations, has waded into the debate with its own endorsement.

"One of the key reasons to choose Luleaa was the access to renewable energy," said Martina Krueger from Greenpeace Sweden. "That one of the world's largest IT companies made such choice sends a positive signal."