Grandchildren Of Teenage Mothers Could Be Weak In School: Study

Grandchildren of teenage mothers have been found to be less ready for school, finds a new study. The results of this study are published in the PLOS ONE journal.

The grandchildren of adolescent mothers have lower school readiness scores than their peers.


Previous studies have established that children born to adolescent mothers are less ready for school and have poorer educational outcomes than children born to older mothers. Several mechanisms have been suggested to explain this association, including maternal education levels, social support and monetary resources.


‘Children born to teenage mothers are less ready for school and have poorer educational outcomes than children born to older mothers, finds a new study.’


To determine whether this effect extends to multiple generations, the authors used data from the Manitoba Population Research Data Repository to identify 11,326 children born in Manitoba, Canada, in 2000 through 2006 whose mothers were born in 1979 through 1997.

Children born in these years took the Early Development Instrument (EDI), a 103 item questionnaire administered by kindergarten teachers to assess five areas of development. The researchers were able to link information from the data repository, EDI scores, and Canadian Census data. Results were adjusted to account for differences in birth year and location, income quintile, and child's health at birth.

The relationship persisted even when a child's own mother was not an adolescent mother. Compared with children whose mothers and grandmothers were both at least 20 at the birth of their first child, those with grandmothers who were adolescent mothers but older mothers had 39% greater odds of not being ready for school (95%CI: 1.22-1.60). These children lagged behind in physical well-being, social competence, language and cognitive development.

The educational attainment and marital status of mothers and grandmothers was not available in the data, nor was individual income. The mechanisms underlying this multigenerational effect are unclear, but the results have policy implications for school readiness interventions as well as calculating the costs and consequences of adolescent motherhood. Interventions to improve outcomes of children born to adolescent mothers should also extend to grandchildren of teenage mothers, the authors say.

NY: School for Pregnant Teenagers on the Anvil
If plans of a secondary school in New York especially for them go through, pregnant teenagers and pupils who already have babies may soon have a school of their own.
READ MORE 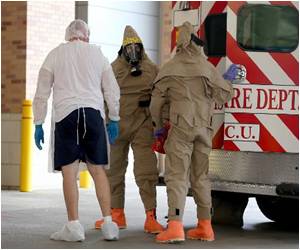 Teenage Pregnancy and Violence in Ebola Times
A chaste new set of social norms are being followed by people of Ebola-hit Sierra Leone, where touching and kissing are a definite "no-no".
READ MORE

Teenage Pregnancy can Set a Trend in the Family
Girls seem to follow the footsteps of their elder sisters, especially if they had children during their teens.
READ MORE

Here's How Good Cholesterol can Save Your Liver Glutamate and GABA: What Could These Neurotransmitters Say About Your Math Abilities? Sports Like Rugby May Correlate With Brain Changes New Technology to Forecast Oral and General Health Link Can Physical Inactivity Bring You Sleep Disorders?
More News