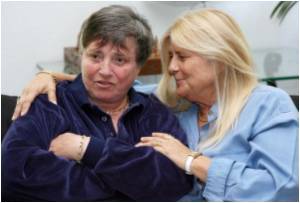 The recent gay only employee benefit by Google has begun attracting more attention than required.

According to a Fox News report, Google says it will pay homosexual employees who include domestic partners on their health insurance plans more money to make up for the federal taxes they pay on that benefit.

Google has made positive changes to the health and family leave benefits for its US employees with same-sex domestic partners.
Advertisement

The company has revealed it will be compensating employees for taxes paid on domestic partners' health benefits - but only if they're gay.


The company said in its blog Thursday, that it will be "grossing-up imputed taxes on health insurance benefits for all same-sex domestic partners in the United States."

In the first of its kind in China a Chinese man is suing a Beijing Red Cross centre after his blood donation was turned down because he is gay.
Advertisement
In other words, the company will be paying homosexual employees who include domestic partners on their health insurance plans more money to make up for the federal taxes they pay on that benefit. (Married couples don't have to pay taxes on spousal health benefits.)

But under Google's new policy, the company isn't offering any extra pay to heterosexual domestic partners, because it says heterosexual employees have the option of avoiding the tax by getting married.

Daryl Herrschaft, director of the Workplace Project at Human Rights Campaign, a gay rights advocacy group, says Google's policy is a step in the right direction.

The company says its new health benefits compensation will be retroactive to January 1, 2010.

Use of the so-called conversion therapy for gays has been roundly condemned at the British Medical Association conference in Brighton.
Advertisement
<< Visually Challenged Drivers can Now Hope to Drive a Car
Paedophiles are at It - Beware >>