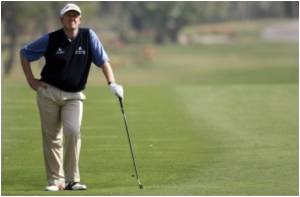 The Ryder Cup worked on this successful venture for several years, although the tournament was held last October at Celtic Manor Resort.

Macmillan Cancer Support is offering a prize for six people to ride in a hot air balloon as a part of the Biggest Coffee Morning event in the World due to be held in Moray on September 26.
Advertisement

Tenovus, a cancer charity organization and The Elizabeth Montgomerie Foundation, founded by Europe captain Colin Montgomerie in memory of his mother who died of lung cancer were the primary beneficiaries, and it is reported that more than 50 charities have benefited from the 2010 Ryder Cup.


Tenovus' chief executive, Claudia McVie claims that it has helped to develop more cancer services like the mobile cancer support unit that, since its launch in 2009, has helped in providing cancer treatments to patients. It also provides health checks and financial and emotional support to cancer patients.

A breast cancer charity has enraged support groups after it promoted wines despite knowing the increased risk of alcohol on cancer.
Advertisement
The charity organization has worked as a partner to raise the money through activities such as corporate golf days, auctions and donations at events and literally taking the Samuel Ryder Trophy on helicopter tours of golf clubs.

The Ryder Cup sets a good precedent in taking the initiative to fund so many different charities.