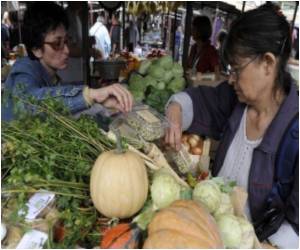 A judicious blend of traditional farming and new technologies like GM crops can ensure food and nutrition security, says the Scientific Advisory Council (SAC) to the prime minister.

The SAC advises the prime minister on all issues relating to science and technology development in the country.

The remote valley of Mesohori in northeastern Greece seems an unusual choice for a stand against genetically modified crop conglomerates who are knocking on Europe's door.
Advertisement

In a meeting here, the members of the SAC deliberated on issue of application of biotechnology for social and economic advancement of the country particularly in the area of agriculture. The prime minister is the head of the SAC.


The members expressed concern that a science informed, evidence based approach is lacking in the current debate on bio-technologies for agriculture.

Experts have come to the conclusion that genetically modified (GM) crops are not a solution for poverty, hunger or climate change.
Advertisement
According to members, land availability and quality, water, low productivity, drought and salinity, biotic stresses, post harvest losses are all serious concerns that will endanger country's food and nutrition security with potentially serious additional affects as a result of climate change.

"Accordingly, strategies for agriculture in future must be based on higher yields, concomitant with reduction in resource inputs. This will require a judicious blend of traditional breeding and new technologies, non-transgenic and transgenic," they said.

The members said that the precautionary approach is inherently sound but it must be applied through a science based safety assessment and social and economic analysis for deployment.

"Some of the opposition to GM crops in the country results from fear of domination by multinational companies. One way to address this concern is to invigorate and further strengthen the relevant scientific capacities of our institutions in public sector, universities and Indian companies," they said.

The members emphasised that the current debate on GM crops is demoralizing and isolating Indian scientists in the sector whose skills have been built with painstaking effort and large investment.

"The policy confusion will also keep the brightest away from this field of research. Our scientists are fully aware of the social realities in this country and have widely endorsed the judicious adoption of traditional breeding with biotechnologies, non-transgenic and transgenic, as appropriate," they said.

The council also called for prioritising the proposed bill for establishment of a national Biotechnology Regulatory Authority of India (BRAI), 2012, which is pending in parliament.

Genetically modified crops give new hopes to farmers. They are awaiting for the tested results on ground.
Advertisement
<< Learning Languages, A Good Way To Keep The Brain In Shape
Male Veterans In Poorer Health Than Civilians >>

BT Brinjal on the Back Burner

Bacillus Thuringiensis Brinjal, widely known as the BT Brinjal, has been in the eye of the storm lately and has raised a lot of dust for all the right reasons. While the creators of this strain of brinjal cannot stop singing its praise, not everyone is impressed
Advertisement
News A-Z
A B C D E F G H I J K L M N O P Q R S T U V W X Y Z
What's New on Medindia

Drug Interaction Checker Find a Hospital Blood Pressure Calculator Color Blindness Calculator Loram (2 mg) (Lorazepam) The Essence of Yoga Indian Medical Journals Calculate Ideal Weight for Infants Sinopril (2mg) (Lacidipine) Selfie Addiction Calculator
This site uses cookies to deliver our services. By using our site, you acknowledge that you have read and understand our Cookie Policy, Privacy Policy, and our Terms of Use