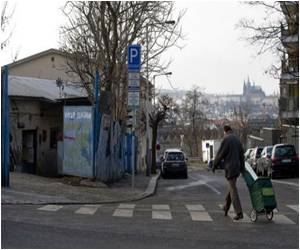 Using psychic ability just like the 'X-Men' villain Magneto, a German man has claimed that he can control metal objects and make them stick to his body.

Miroslaw Magola, 55, has alleged that he can easily bounce up and down with drinks cans, pots and pans or cutlery stuck to his body without the use of adhesives, the Daily Star reported.

Magola said that he researched the phenomenon of psychic energy and found out that he could train himself to manipulate lifeless objects.


The father-of-one, who is planning to challenge the 1 million-dollar prize for anyone that can prove they have supernatural powers, said that he has spent years perfecting the technique and exploring further into human magnetism.

Magola added that he is currently working with telepathy and healing to see how psychokinetic energy can be put to a use that will benefit mankind.

In 30 Years 'X-Men' Could Become A Reality
Genetic experiments will create a superior race within 30 years, according to defence scientists ......

Meet the 'Magnetic' Boy Who can Stick Metal Objects to His Body
Media reports are raving about a six-year-old Croatian boy who has astounded his family and locals ....

Docs Pull Out 17 Metal Objects from Man's Stomach
Doctors in Trujillo in Peru have saved life of a 38-year-old man by removing 17 metal objects - ......