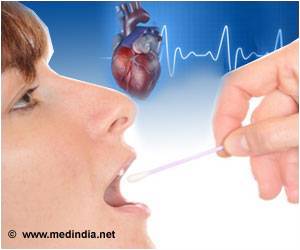 Scientists using genome sequencing on tumour tissue have identified a translocation of genetic material between chromosomes 4 and 9, which was present in all acinic cell carcinomas.

Until now, the molecular causes for the illness were unknown. Researchers at Universitätsklinikum Erlangen at FAU, the German Cancer Research Centre (DKFZ) in Heidelberg and the Berlin Institute of Health (BIH) have now been able to shed light on them.
Advertisement
‘Acinic cell carcinoma is the third most common malignant form of salivary gland cancer. These tumours are similar to normal salivary gland tissue and occur most frequently in the parotid gland. ’

Typically, such translocations in tumours lead to a new combination of genes, which then acquire new oncogenic, i.e. carcinogenic, properties. In the case of acinic cell carcinomas, the translocation which has now been discovered causes regulatory elements of DNA to be transferred from an active chromosome region to a normally inactive oncogene.


In this unusual form of translocation, the regulatory elements come originally from an area where genes which are responsible for functions in saliva and are highly active in salivary glands are located. When the chromosomes are rearranged, these highly active regulatory elements come into the vicinity of gene NR4A3, which is usually switched off once embryonic development has been completed. The activation signals of the regulatory elements in the acinic cell carcinoma cause the gene to be switched on again. NR4A3 acts as a transcriptional factor to regulate the activity of a number of other genes, which then trigger cell division and growth, leading ultimately to the tumour starting to grow. Researchers were able to prove this mechanism by carrying out molecular testing on tumour tissue and functional analyses of cell culture models specially prepared for this purpose.
Advertisement
'Our research means that we can now diagnose acinic cell carcinomas in the salivary glands more easily and understand the fundamental biological processes behind tumour growth. In the long-term, we hope that we will also be able to develop new ways of treating patients on the basis of this new research,' explains Prof. Dr. Florian Haller from the Institute of Pathology at FAU. Similar genetic rearrangements of regulatory elements of DNA as a potential cause of malignant tumours have also recently been observed in brain tumours in children, referred to in this context as 'enhancer hijacking'.

Collaboration with other institutions

Prof. Dr. Stefan Wiemann from the German Cancer Research Centre emphasises that collaboration with other institutions was key to unlocking the molecular causes: 'Our study shows how successfully answers can be found to clinical questions by linking molecular and functional studies and working closely together with other large research institutions and clinical facilities.' Prof. Dr. Abbas Agaimy, from the Institute of Pathology at FAU, adds: 'The results of this study clearly indicate the correlation between the histomorphological features, or phenotype, of tumours, and the genetic modification, or genotype, on which they are based. As salivary gland tumours are relatively rare, this study was only possible in cooperation with a large ENT clinic with an excellent nationwide reputation.' Matthias Bieg from Berlin Institute of Health (BIH) agrees: 'Once again, this study underlines how important it is to bring together researchers from various areas. If it wasn't for our fruitful cooperation, we would not have been able to extract the best possible results from the data available to us.' Our interdisciplinary collaboration revealed that the shifting of epigenetic control elements can have a considerable impact on the development of tumours.'

Salivary Gland Cancer
Most salivary gland tumors are benign and occur in parotid gland. The most common sign of a ......

Mumps
Mumps is a contagious viral infection that typically causes a painful swelling of one or more of the...