Researchers have looked into how homophobia affects the heath of gay people in a new study.

According to research led by Yale School of Public Health (YSPH), gay and bisexual men living in European countries with strong attitudes and policies against homosexuality are far less likely to use HIV-prevention services, test for HIV, and discuss their sexuality with health providers.

The research team wanted to investigate the impact of homophobia on gay and bisexual men's health-specifically their sexual behavior, use of HIV-prevention services, HIV status, and ability to cope with HIV.


The study authors found stark differences in how countries treat and view homosexuality.

They also found that men living in countries with higher levels of homophobia knew less about HIV and were less likely to use condoms, leading the researchers to conclude that homophobia reduces the use of health services and compromises health-service quality.

Researchers also noted a heightened risk of disease for gay and bisexual men in homophobic countries, where appropriate prevention services are limited but the opportunity for sexual contact is increasing.

Lead author John Pachankis said that their findings suggest that rather than primarily being the result of personal failure, HIV risk is largely determined by national laws, policies, and attitudes toward homosexuality.

This study shows that gay and bisexual men in homophobic countries are denied the resources, including psychological resources like open self-expression, that are necessary to stay healthy.

The study is published online in the journal AIDS. 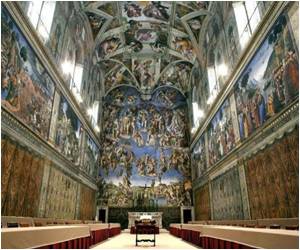 Roman Catholic Synod Ends With No Agreement on Remarried Divorcees, Gays
After a heated two-week debate at the Vatican, Roman Catholic bishops approved a final document but failed to agree on opening the Church's doors to remarried divorcees and gays.
READ MORE

Church to be More Positive About Cohabiting, Divorce, Gay
Perspective on the relationships of cohabiting, divorced and gay couples must be more positively viewed by Church, suggest participants in a landmark review of Catholic teaching on the family.
READ MORE