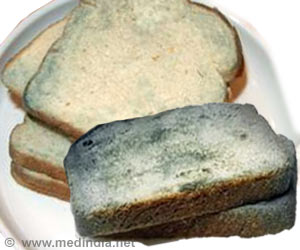 A few years ago, researchers led by Mohammed Movassaghi, associate professor of chemistry at Massachusetts Institute of Technology (MIT), became the first to chemically synthesize 11,11'-dideoxyverticillin, a highly complex fungal compound that has shown anti-cancer activity in previous studies.

This and related compounds naturally occur in such small amounts that it has been difficult to do a comprehensive study of the relationship between the compound's structure and its activity - research that could aid drug development, Movassaghi said, the journal Chemical Science reports.


"There's a lot of data out there, very exciting data, but one thing we were interested in doing is taking a large panel of these compounds, and for the first time, evaluating them in a uniform manner," Movassaghi said, according to an MIT statement.
Advertisement
In the new study, Movassaghi and colleagues at MIT and the University of Illinois at Urbana-Champaign (UIUC) designed and tested 60 compounds for their ability to kill human cancer cells.

"What was particularly exciting to us was to see, across various cancer cell lines, that some of them are quite potent," said Movassaghi.

Quiz on Lung Cancer (Advance)
Lung cancer, like other cancers, is a dreaded condition responsible for a number of deaths in ......