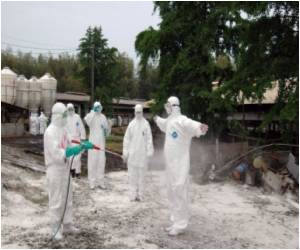 Japan discovered a suspected case of foot-and-mouth disease in a cow in its southern prefecture of Miyazaki, just days after it lifted a state of emergency, an official said.

"We cancelled two auctions of cows in the prefecture after a suspected case of foot and mouth was discovered on a farm," a prefecture official told AFP.

One of Japan's most prized stud bulls has been infected with foot-and-mouth disease, the government said Saturday, as the country's first outbreak in a decade continues to devastate livestock.
Advertisement

The region reported the case to the farm ministry and was awaiting the test result to determine if it is a fresh foot-and-mouth case.


The highly contagious virus, which rarely affects humans but sickens cloven-hoofed animals, had forced the suspension of meat sales from Miyazaki prefecture and the slaughter of almost 300,000 farm animals this year.

But the prefectural government on Tuesday lifted a state of emergency, allowing trade of cows in the region to resume.

Scientists have developed a screening chip that would be help to speed up detection of some of the worst livestock viruses like bird flu and foot-and-mouth disease.
Advertisement
News A-Z
A B C D E F G H I J K L M N O P Q R S T U V W X Y Z
What's New on Medindia