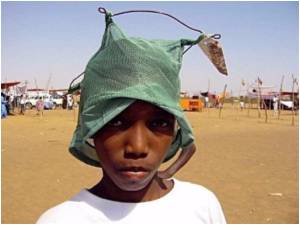 Researchers have discovered a promising new malaria drug with the potential to treat resistant strains of the deadly disease in a single dose, according to a study published Thursday in the journal Science.

The drug could be ready for clinical trials as soon as later this year and appears to be more potent than currently used drugs, researchers said.

"We're very excited by the new compound," said study author Elizabeth Winzeler, a professor at the Scripps Research Institute and member of the Genomics Institute of the Novartis Research Foundation.


"It has a lot of encouraging features as a drug candidate, including an attractive safety profile and potential treatment in a single oral dose."

Mosquito-borne diseases, like malaria, filaria, dengue, etc are common in places conducive of mosquito breeding. Swamps, ponds and stagnated drainage provide optimal breeding ground for mosquitoes.
Advertisement
Current treatment methods require patients to take drugs between one and four times daily for three to seven days. Reducing the treatment to a single dose leaves less opportunity for the parasites to develop a resistance to the drug, researchers said.

There were approximately 247 million cases of malaria in 2008 which caused nearly one million deaths, mostly among young children in Africa, according to the World Health Organization.

Malaria is contracted when people are bitten by mosquitoes infected with a parasite called Plasmodium.

It causes fever and vomiting and can quickly become life-threatening by disrupting the blood supply to vital organs.

The parasites have developed resistance to a number of malaria medications in many parts of the world and it has been more than a decade since a new class of malaria drugs began to be widely used.

"The parasite has demonstrated a frustrating ability to outwit new medicines, from quinine to today's unsettling increased tolerance to artemisinin derivatives," he said in a statement.

"We are delighted that our scientists could provide this potential new malaria therapy, based on an unprecedented chemical structure and directed to a novel target."

The drug was tested on mice infected with a strain of malaria that typically kills them within a week.

There has been little economic incentive for developing new malaria drugs because the disease primarily strikes in the world's most impoverished nations.

The compound, dubbed NITD609, was developed through a partnership involving the pharmaceutical giant Novartis, several non-profit organizations, US and Singapore government agencies and researchers at universities in the United States, Switzerland, Thailand, and Great Britain.

The drug was discovered by screening the Novartis library of 12,000 natural products and synthetic compounds to find compounds active against the most deadly malaria parasite.

The first screen turned up 275 compounds and the list was narrowed to 17 potential candidates.

"From the beginning, NITD609 stood out because it looked different, in terms of its structure and chemistry, from all other currently used antimalarials," Winzeler said in a statement.

"The ideal new malaria drug would not just be a modification of existing drugs, but would have entirely novel features and mechanism of action. NITD609 does."

Further animal studies are underway and researchers are in the process of getting approval for early-stage human trials.

Malaria mosquito apparently relies on a battery of different types of odour sensors to mediate its most critical behaviours, including how to choose and locate their blood-meal
Advertisement

Virus Could Behave Like a 'Late-life-acting' Biopesticide Against Malaria

A virus that occurs naturally in mosquitoes could behave like a late-life-acting insecticide and destroy older adult mosquitoes that have a big role to play in malaria transmission.
Advertisement