The state's Health minister C. Vijayabaskar said that because poor people also have a right to look beautiful and if we don't offer the procedure for free, they might opt for dangerous methods or may even take huge loans.


Tamil Nadu is known for its populist schemes such as free canteens and providing laptops and bicycles for thousands of disadvantaged people.


Apart from these schemes, the state has also decided to offer cosmetic breast surgery for free to all women, especially to those from the poorest segments of the society.

"If a poor woman desires to look beautiful, we will support her financially," states health minister.

In India's public healthcare system, Tamil Nadu is ranked among the top states when compared with ailing government-run facilities in other parts of the country.

However, there are also critics about this new scheme that the government is wasting public money on cosmetic surgery instead of treating other severe ailments.

"It is sad that we are now focusing on beauty instead of life-saving surgeries," Dr. S. Elango, a former public health official in Tamil Nadu.

In India, cosmetic breast surgery is becoming increasingly popular. However, private hospitals charge around $2,300 to $3,800 for a procedure, which is a year's wage for most of the Indians.

In 2016, more than 90,000 such procedures were carried out in the country, revealed the International Society of Aesthetic Plastic Surgery, which has gone up from 50,600 in 2010.

The Tamil Nadu scheme was launched at a state-run clinic in state capital Chennai, which promises to expand this scheme to other districts of the state.

V. Ramadevi, who heads the clinic, told AFP some women want such surgery because they face psychological issues that may severely impact their lives.

"Their career, (their) marriage are derailed because they are taunted, and their confidence is shattered," she said, adding that the clinic expects up to 150 women a month to take up the offer. 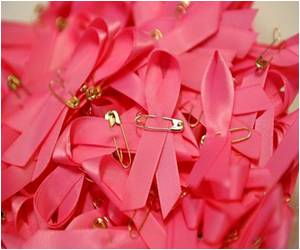 Older Women may Not Benefit from Radiotherapy After Breast Surgery, Says Researcher
According to a Rhode Island Hospital radiation oncologist radiotherapy after breast cancer surgery may not benefit some older women.
READ MORE

Improvements In Breast-Conserving Treatments
Improvements in breast cancer treatments are making it possible for more women to conserve their breasts, reveals study presented at the ESMO 2012 Congress in Vienna, Austria.
READ MORE

Nail Biting
Nail biting can occur as a result of anxiety, boredom, or imitating others. It is usually observed in children and progressively reduces in adults. Nail biting can cause skin infections around the nail and may damage teeth.
READ MORE