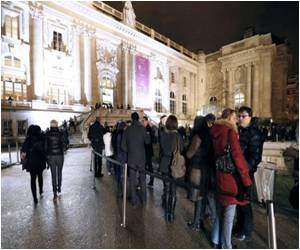 France tops the list of countries that have filed requests for removal of links from the engine's search results under the European Union's recent right to be forgotten ruling, reveals Google.

Google has received 17,500 requests involving around 58,000 URLs from France, CNET reported. Germany comes a close second with 16,500 requests referring to around 57,000 URLs followed by the United Kingdom that has made 12,000 requests concerning 44,000 URLs.

In France, a theme park inspired by Antoine de Saint-Exupery's timeless classic The Little Prince opened this week giving visitors a chance to recall the author's claim that all grown-ups were children first .
Advertisement

The revelations were made in a letter addressed to the EU by Google.


About 53 percent of requests received by the search engine giant in Europe have been delisted as requested, 32 percent have been denied while the rest have been requested by Google to furnish more information on the request.

Ban of Wine in Offices by Employers is Allowed in France

After the French government allowed employers to ban wine from the workplace, from Thursday, the traditional Gallic pot , a convivial office drinks party, may be a thing of past.
Advertisement
The letter also delineates the process and the privacy measures followed by Google while delisting the requested links.

A EU ruling in May legalized every individual's right to be forgotten' while stating that anyone could file a request demanding themselves to be removed from the search engine results. The ruling is binding on all search engines.

The European Court of Human Rights set aside a French court's permission for euthanasia and has told France not to remove life support from a man in a vegetative state for the past six years.
Advertisement
<< War Diaries of British Poet Siegfried Sassoon Published Onl...
Intention Shapes Our Judgment on How Severely the Guilty Sh... >>

Sinopril (2mg) (Lacidipine) Accident and Trauma Care The Essence of Yoga Iron Intake Calculator Calculate Ideal Weight for Infants Indian Medical Journals Find a Doctor Vent Forte (Theophylline) Selfie Addiction Calculator Noscaphene (Noscapine)
This site uses cookies to deliver our services. By using our site, you acknowledge that you have read and understand our Cookie Policy, Privacy Policy, and our Terms of Use