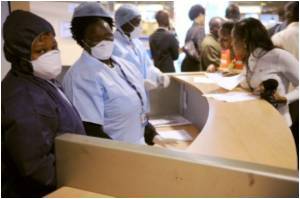 For the first time, the war diaries of British poet Siegfried Sassoon have been published online, revealing early drafts and unpuplished material caked with mud from the trenches.

Due to the delicate state of the notebooks and journals, the 4,100-page archive was until now only accessible to the poet's official biographer.

But Cambridge University Library, which bought the collection five years ago, has now digitalised the treasure trove and made it public online at


In scrawled ink now almost a century old in places, the booklets are filled with names and addresses, scribbled drawings and notes, draft poetry and diary entries of Sassoon's life as he went to war.
Advertisement
He describes his first day at the Somme as a "sunlit picture of hell".

"The air vibrates with the incessant din - the whole earth shakes and rocks and throbs. It is one continuous roar - machine guns tap and rattle - bullets whistling over head."

The archives also contain drafts of his letter 'A Soldier's Declaration', in which he said the war was "being deliberately prolonged by those who have the power to end it" and which brought him to national prominence when it was read out in parliament and printed in the press.

"The war diaries Sassoon kept on the Western Front and in Palestine are of the greatest significance, both nationally and internationally, and we are honoured to be able to make them available to everyone, anywhere in the world, on the 100th anniversary of the First World War," said Cambridge University librarian Anne Jarvis.

"From his Soldier's Declaration to his eyewitness accounts of the first day of battle on the Somme, the Sassoon archive is a collection of towering importance, not just to historians, but to anyone seeking to understand the horror, bravery and futility of the First World War as experienced by those on the front lines and in the trenches."

One poetry notebook from August 1918 contains an early draft of his celebrated poem 'The Dug-Out' with an additional verse.

Small enough to be carried in Sassoon's army uniform, the books contain drawings of his time in France and record the moment he was shot by a sniper at the Battle of Arras.

Source: AFP
Advertisement
<< Tiny Addition to Genetic Makeup can Alter Brains Threat Re...
France Tops the List of Countries That Made Most 'Right to ... >>

100,000 DNA Code Sequences To Be Mapped by Britain
100,000 complete DNA code sequences are to be mapped by Britain scientists in a project that will .....