France has the best quality of life out of Europe's biggest countries, while Britain has the worst despite having the highest incomes, a study said on Monday.

British workers can expect to spend three years longer at work and die two years younger than their French counterparts, while they pay above the European average for fuel, food, alcohol and cigarettes, the study by uSwitch.com said. 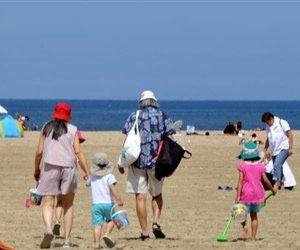 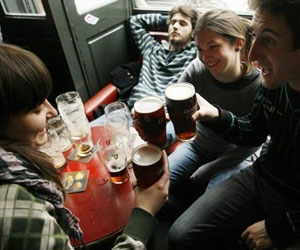 Britons The True Chocoholics of Europe

Britons splash out the maximum on chocolate than any other European country, it has emerged. A Mintel survey revealed that Britons each spent an average 57 pounds on chocolate
Advertisement
Britain is the second most expensive country in Europe for unleaded petrol, while diesel is 20 percent above the European average. Food also costs more and only Ireland and Sweden pay more for a round of drinks.

Poland has the longest working hours but its holiday allowance is also among the highest, while British workers put in an average 37 hours each week but have the lowest holiday entitlement.

Britain is also near the bottom of the rankings when it comes to health and education spending as a proportion of gross domestic product (GDP), has a below average life expectancy -- and enjoys far less sunshine.

By contrast, the French retire earlier, live longer and have more paid holiday than the average across the 10 countries. While they earn less, they have some of the lowest food, alcohol, electricity and gas prices.

"We earn substantially more than our European neighbours, but this level of income is needed just to keep a roof over our heads, food on the table and our homes warm," said Ann Robinson, head of consumer policy at the British firm.

"It's giving us a decent standard of living, but it's not helping us achieve the quality of life that people in other countries enjoy."

The report warned that Britain's quality of life was likely to fall further because of the recession, which has pushed unemployment to nearly 2.5 million and will likely result in public spending cuts.

One-Fifth of Europeans Face Noise Pollution Risk in Their Sleep: WHO

One European in five is exposed to excessive noise overnight that may damage their health, the World Health Organisation said Thursday as it released new guidelines for night-time noise in Europe.
Advertisement
<< Children's Abdominal Pain Helped By Imagination
Scanning Disease Revolutionized By Remote Controlled-'Spide... >>

With the European Commission coming up with new proposals, iPods and other portable music players might have to carry health warnings.

Health Disparities
News Archive
News Resource
Advertisement
News Category
How to Reduce Needle Anxiety in Children? Tobacco Addiction: Here's How to Break the Habit Parents are 'Winging It' on Their Kids' Mobile Use Ankle and Ankle Movements While Riding an Hoverboard Is It Healthy to Let Your Mind Wander?
More News
Sign up for Wellness Consult a Doctor Sign up for Selfcare