Foie Gras Controversy Put Back on the Table By MEPs 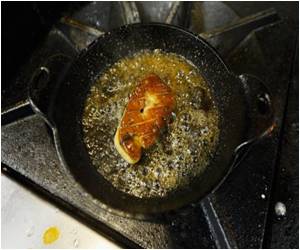 Animal rights campaigners were joined by a group of European lawmakers in a bid to ban the production and sale of foie gras across the 27-nation European Union to halt the "torture" of ducks and geese.

Animal Equity, part of an international campaign to "raise awareness on the torture of thousands of ducks and geese on foie gras farms in five EU countries," welcomed the move by eight prominent MEPs.

California's ban on French speciality foie gras was a bad idea that would have no effect on improving food sustainability, said an award-winning US chef Dan Barber.
Advertisement

"We want to help European consumers to open their eyes and ask the European Commission (for) a law," to ban not only the production but also the import and sale of foie gras, said MEP Andrea Zanoni.


The MEPs' call for a ban followed a bid by French producers, backed by the country's agriculture minister, to defend the gourmet food at the European parliament. Some 35,000 people are involved in foie gras production in France.

Restaurants in Los Angeles are not giving up their fight against the foie gras ban in California.
Advertisement
Currently, farming of animals to produce foie gras is banned in 22 EU nations --- excepting Belgium, Bulgaria, France, Hungary and Spain -- but not the import or sale of what campaigners dub as "torture in a tin."

In Britain, former James Bond star Roger Moore has been calling for its ban with People for the Ethical Treatment of Animals (PETA) while the US state of California banned it in July.

Foie gras is made by force-feeding grain to ducks or geese to produce a fatty enlarged liver.

Wendy's, US fast-food chain, renowned for its square beef patties and baked potatoes, surprised with a foie gras burger on Tuesday as it sprang back into life in Japan.
Advertisement
<< Blood Donation Camp Organized By Amity as Part of Its Commu...
Discovery Of New Target for Treating Diabetic Kidney Diseas... >>