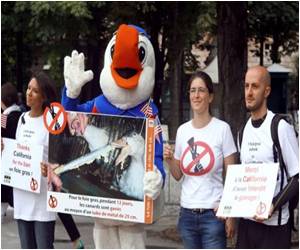 California's ban on French speciality foie gras was a "bad idea" that would have no effect on improving food sustainability, said an award-winning US chef Dan Barber.

A well-known campaigner for sustainable foods, Barber said during a visit to Paris that the ban was a distraction from real efforts needed to improve eating habits.

"It's a bad idea that is not going to do anything," he said.


"We are talking about a whole food system that is really in trouble. To talk about foie gras is a detail, it looks more like a commercial decision," Barber said.

The 43-year-old, named outstanding US chef in 2009 by the James Beard Foundation, owns several restaurants including Blue Hill in Manhattan and is a member of the US presidential Council on Physical Fitness, Sports and Nutrition.

He added however that he does not serve foie gras on his menu as he has been unable to find enough produced without force-feeding.

California banned foie gras -- fatty liver made by force-feeding ducks or geese with grain -- on July 1 in a move hailed by animal-rights activists but denounced by the industry in France as a violation of international trade rules.

Foie Gras 'Asylum' for the French Duck in California?
California's ban on foie-gras prompted anti-foie gras activists to parade a cartoon duck outside the US embassy in Paris.
READ MORE

Los Angeles Restaurant Group Claims California Foie Gras Ban is Unconstitutional
Restaurants in Los Angeles are not giving up their fight against the foie gras ban in California.
READ MORE

Animal Rights Activists and California Chefs Slug It Out Ahead of Foie Gras Ban
With the ban on foie gras being enforced by July 1, animal rights activists and a number of top restaurants are stepping up the heat in California
READ MORE 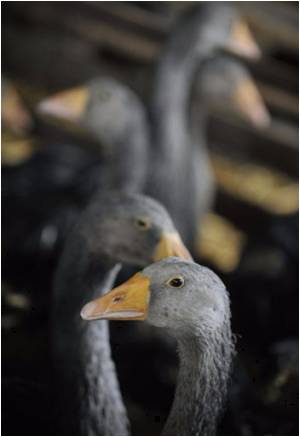 Japan Now Sells Foie Gras Burger
Wendy's, US fast-food chain, renowned for its square beef patties and baked potatoes, surprised with a foie gras burger on Tuesday as it sprang back into life in Japan.
READ MORE