FDA Warns Use of Menthol Cigarettes on the Rise Among Teens 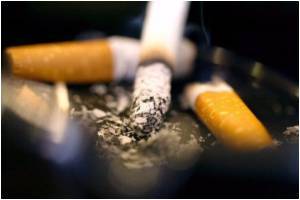 A new report released by the Food and Drug Administration advisory panel has warned that the use of menthol cigarettes is on the rise among teens, especially among black teens.

Menthol cigarettes have been under the scanner of the FDA for some time now with the health agency coming up with a draft report stating that there was "insufficient evidence" to back the claim that menthol cigarette users were at risk of suffering from different tobacco related diseases compared to regular cigarette smokers.

More News on:
Health Hazards of Smoking Smoking And Cancer Antioxidants to Help You When You Quit Smoking