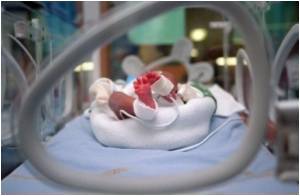 A hospital in Southend, Essex is a target of an investigation after it was revealed that a first time mum lost her baby since the hospital had a policy of not providing care to babies that are born before 24 weeks of pregnancy.

Tracy Godwin, 31, gave birth to a baby boy just 22 weeks into her pregnancy but though the baby was alive, the doctors refused to provide any medical help and shifted her to a room that was set aside for those mothers who would lose their babies.

"If he had been stillborn it would have been different, but he tried to live. We were begging them to do something for him. They gave me the Butterfly Room suite but never said it was for women who were going to lose their babies", Tracy said.


However the hospital refused to admit that they had done anything wrong though they did offer their condolences to the mother and said that the hospital welcomed any further discussion into the matter.

The Acquired immune deficiency syndrome is brought about by the deadly human immunodeficiency virus. In the USA alone an estimate of 120,000 - 160,000 women are HIV- infected.
Advertisement
<< FDA Warns Use of Menthol Cigarettes on the Rise Among Teens
Anti-Cholesterol Drugs Useful in Preventing Dangerous Blood... >>

Nutam (400mg) (Piracetam) Blood Donation - Recipients Sinopril (2mg) (Lacidipine) Noscaphene (Noscapine) Pregnancy Confirmation Calculator Sanatogen Drug Interaction Checker Diaphragmatic Hernia Find a Hospital Find a Doctor
This site uses cookies to deliver our services.By using our site, you acknowledge that you have read and understand our Cookie Policy, Privacy Policy, and our Terms of Use  Ok, Got it. Close
×