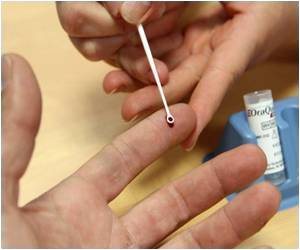 A faster and cheaper test for all types of hepatitis C has been designed by researchers.

The development "reduces the two-step testing process carried out over a number of days to a one-step process that takes less than an hour... at a fraction of the cost of traditional diagnostic protocols," the university said.


"Our test is sensitive and inexpensive, and it does not need sophisticated equipment," said Hassan Azzazy, professor of chemistry and head of the research team.

How many of us know that the liver is a vital organ the size of an American Football? To understand more about the liver and its functions spend a few minutes taking part in this quiz.
Advertisement
"Detecting HCV during the first six months raises the recovery rate to 90 percent. Little is done on the national level to combat the alarming prevalence of hepatitis C in Egypt," said Azzazy.

The AUC said Egypt has about 10 million people who suffer from the hepatitis C virus (HCV), with the blood-borne pathogen infecting almost 500,000 in the country each year.

Worldwide, around 170 million people are estimated to be living with the chronic disease caused by the virus.

Unlike hepatitis A or B, most people infected with HCV cannot shake off the virus on their own because, when under attack by the immune system, it morphs into stronger variants.

The World Health Organisation estimates that three to four million people are newly infected with HCV each year.

The WHO says Egypt has one of the highest rates of hepatitis C prevalence in the world, putting the rate of infection in the country at 22 percent.

Contamination can occur through blood transfusions, blood products and organ transplants, and the virus can also be passed on to a child if the mother is infected.

Selfie Addiction Calculator Calculate Ideal Weight for Infants How to Reduce School Bag Weight - Simple Tips Blood Pressure Calculator Diaphragmatic Hernia Indian Medical Journals Vent Forte (Theophylline) The Essence of Yoga Find a Hospital Loram (2 mg) (Lorazepam)
This site uses cookies to deliver our services. By using our site, you acknowledge that you have read and understand our Cookie Policy, Privacy Policy, and our Terms of Use