Family of Izhar Khan, the Slain Undertrial in Telangana Shootout, Yet to Claim His Body 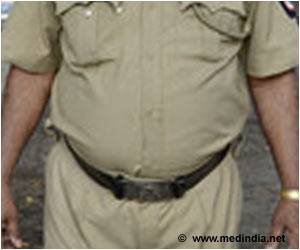 Police gunned down five under-trials in Telangana in an alleged shootout on Monday. The five were facing charges of involvement in killing of two policemen and some other incidents. They were killed near Aler in Naglonda district when they were being brought to a court in Hyderabad from Warangal Central Jail.

Police claimed that the five under-trials tried to snatch weapons from policemen and escape. The family of one of the slain undertrial is yet to claim his body, while four others were buried here on Wednesday night amid tight security. There is massive deployment of policemen and paramilitary Rapid Action Force (RAF) to prevent any untoward incident.
Advertisement

Majlis-e-Ittehadul Muslimeen (MIM) and other Muslim groups and human rights organizations have demanded an investigation by the Central Bureau of Investigation (CBI) or by a sitting judge of the high court.


The body of 33-year-old Izhar Khan has been preserved at MGM Hospital in Warangal town after an autopsy on Wednesday, since his relatives are expected to arrive from Lucknow on Thursday.
Advertisement
Viquar Ahmed, 33, Syed Amjad Ali, 27, Mohammed Zakir, 35, and Mohammed Haneef, 37, were buried in different graveyards in parts of Hyderabad amid tight security. Mild tension prevailed in Sultan Shahi and surrounding areas in the old city after the burial of Viquar Ahmed due to stone pelting by some youngsters returning from funeral. However, police dispersed the mob.

The families of the under-trials have termed the shootout as 'fake' and 'staged-managed', saying they were handcuffed and chained to the police vehicle and would not have escaped. Abdul Lateef, an uncle of Haneef, said, "It is nothing but brutal murders by police. The cases against Haneef and others were in the final stage. The police murdered the under-trials to take revenge for the killing of four policemen by two terror operatives in Nalgonda district last week."

The families of Viquar and other slain under-trials said, "They were fired on vital parts of the body from point blank range. Autopsy report has also established that they were fired upon from close range. They received five to eight bullets each."

Source: Medindia
Advertisement
<< Pre-Birth Exposure to High Levels of Testosterone Confer Evo...
Exercise-Loving Spouse can Have a Positive Impact on Your Fi... >>

Autopsy
Autopsy/Postmortem is a medical procedure involving the examination of the body of a dead person to ...