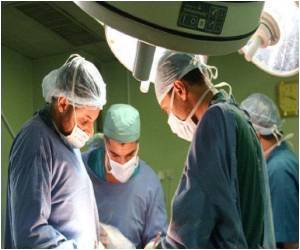 Being mauled by a chimpanzee two years ago, Charla Nash, a Connecticut woman suffers from severe facial damage and she cannot see, touch or smell and can only eat through a straw.

Her only hope is to undergo face and hand transplant surgery for which she waits for a donor.

Nash had to go through pre-operative tests and evaluations before being judged as eligible for the transplants at Brigham and Women's Hospital in Boston. The hospital had set a record already for performing the nation's first full face transplant on a Texas construction worker. Now it is collaborating with the New England Organ Bank to find donors for Nash.

The 200-pound pet chimpanzee Travis attacked Nash and ripped off her hands, nose, lips and eyelids after she helped the chimp's owner to lure it back into her house in Stamford.