Exposure to BPA Lower in Canadians Than Americans: Study 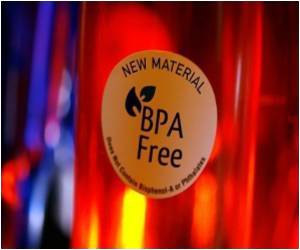 Health Canada's declaration that bisphenol A is a health hazard makes it unique in the world but it must now follow through with legislation to protect people from exposure, states an analysis published in CMAJ.

Bisphenol A is one of the most commonly manufactured chemicals in the world, with more than three million tonnes produced annually. It is a component of polycarbonate plastic and is found in a wide range of common materials and food packaging. Because of its estrogenic properties and the effects of the chemical on the reproductive systems of animals, there are concerns bisphenol A may have similar negative effects on humans.

Bisphenol A Declared Toxic in Canada

Canada has become the first country in the world to declare as toxic Bisphenol A, a compound used in many consumer products, despite opposition by the chemical industry.
Advertisement

Canada invoked the precautionary principle when it became the first country in the world to declare bisphenol A a health hazard in October 2010.


The analysis is based on a recent study of bisphenol A levels in Canadians, the largest of its kind to date. It compares levels to those in Americans. Children and adolescents had the highest levels. These higher levels may be due to exposure through children's toys and baby bottles or possibly because children eat more food relative to their body mass compared with adults.

Chevy Chase, MDA recent study accepted for publication in The Endocrine Society's Journal of Clinical Endocrinology & Metabolism ( JCEM ),
Advertisement
However, concentrations of bisphenol A in Canadians are lower than for Americans, although the reason for this in unknown.

"The comparison between concentrations measured in Canada and US populations are particularly interesting because these two populations are often thought to be demographically similar," writes Dr. Laura Vandenberg, Center for Regenerative and Developmental Biology, Tufts University, Medford, Massachusetts. "Surprisingly, for each age group that was analysed, the concentrations found in Canadians were approximately half those found in Americans." She suggests differences in sources such as food packaging and thermal receipt papers might be a factor.

While the labeling of bisphenol A as a toxic substance is a positive step, "Health Canada continues to maintain that bisphenol A is safe at current exposure levels and does not pose any risk to the general population; regulations to remove bisphenol A from all food-contact sources, or ban it completely, are not yet forthcoming, presenting a conflict that is likely to confuse the public."

"By invoking the precautionary principle, Health Canada has both the power and responsibility to restrict human exposure to bisphenol A; in taking the action to label bisphenol A a toxic chemical, Health Canada now must follow through with strong legislation that will protect the people of Canada from continued exposure" concludes the author.

Bisphenol-A Mostly Eliminated Through the Urine: WHO

The WHO said that Bisphenol-A, or BPA, a chemical widely-used in plastic food containers and packaging, is mostly eliminated through the urine and does not accumulate in the body.
Advertisement
<< COPD Patients At Increased Risk of Shingles
Osteoporosis Medication Raises Atypical Fractures Risk >>

Color Blindness Calculator Loram (2 mg) (Lorazepam) Blood Pressure Calculator Daily Calorie Requirements Drug Side Effects Calculator Sanatogen Blood Donation - Recipients The Essence of Yoga Drug - Food Interactions Find a Doctor
This site uses cookies to deliver our services. By using our site, you acknowledge that you have read and understand our Cookie Policy, Privacy Policy, and our Terms of Use