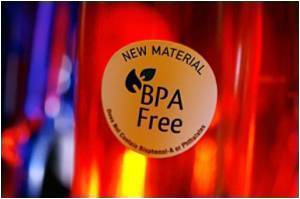 BPA is a very common industrial compound used in food and drink packaging, plastic consumer products and dental materials. PCOS is the most common endocrine disorder of women of reproductive age and is characterized by excessive secretion of androgens which are masculinization-promoting hormones. The syndrome raises the risk of obesity, type 2 diabetes, infertility and heart disease.

Polycystic ovarian syndrome is the most common hormonal disorder among women of reproductive age and can cause infertility.
Advertisement

"Our research shows that BPA may be more harmful to women with hormonal and fertility imbalances like those found in PCOS," said Evanthia Diamanti-Kandarakis, MD, PhD, study co-author and professor at the University of Athens Medical School in Greece. "These women should be alert to the potential risks and take care of themselves by avoiding excessive every-day consumption of food or drink from plastic containers."


In this study, researchers divided 71 women with PCOS and 100 healthy female control subjects into subgroups matched by age and body composition. Blood levels of BPA were nearly 60 percent higher in lean women with PCOS and more than 30 percent higher in obese women with the syndrome when compared to controls. Additionally, as BPA levels increased, so did concentrations of the male sex hormone testosterone and androstenedione, a steroid hormone that converts to testosterone.

Carcinoid tumors is a benign tumor that results in carcinoid syndrome. Only 8 to 10% of all carcinoid tumors are associated with the carcinoid syndrome.
Advertisement
"Excessive secretion of androgens, as seen in PCOS, interfere with BPA detoxification by the liver, leading to accumulation of blood levels of BPA," said Diamanti-Kandarakis. "BPA also affects androgen metabolism, creating a vicious circle between androgens and BPA."

The current trend among the working-class people is to postpone the starting of a family. This will lead to dramatic rise in the incidence of infertility.
Advertisement
Advertisement

Ovarian cancer affects both the ovaries and is referred to as the ''silent killer'' as the symptoms go ...
This site uses cookies to deliver our services.By using our site, you acknowledge that you have read and understand our Cookie Policy, Privacy Policy, and our Terms of Use  Ok, Got it. Close
×