Every Actress Over 35 Faces Ageism

Joan Collins has said that most of the actress over the age of 35 experiences ageism.

The Dame said that she was once cast in a TV role once when she was 39, but her agent told them that she was 32, as she looked like that, the Mirror reported.


She said that though she got the role, at the end the producer said that had they known she was so old, they would have never cast her.


Collins added that the producer told her he wanted a 33 year old and it wasn't how she looked these days, it is how old she was and those days they can just look on Google. 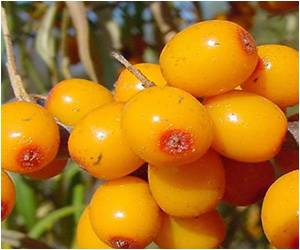 New 'Superfruit' May Help Fight Obesity And Ageism
The sea buckthorn, which is grown in the Himalayan mountains, has been regarded as one of the most effective weight loss supplements on the market today.
READ MORE

Pain Reliever may Restore Immune Function in Old Age
New research in mice model suggests that the key to more youthful immune function might already be in your medicine cabinet.
READ MORE

Declining Intelligence in Old Age Linked to Visual Perception Speed
Researchers have revealed one of the basic processes that may help to explain why some people's thinking skills decrease in old age.
READ MORE