Teenagers' Love for Technology Responsible for Addiction as Adults 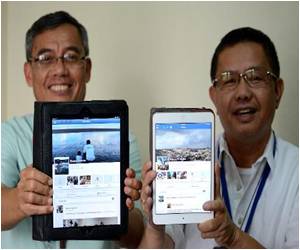 Teenagers' love for technology is the reason behind addition to it in their later lives.

While over 80 percent of people admitted that they struggled to give up habits such using social media for a month, texting would be the hardest to stop followed by social networking, junk food and booze, the Mirror reported.

According to a study of teenagers aged between 12 and 18, on an average, a teenager checks social media 11 times a day, sends 17 text messages and spends 62 pounds a month on technology, gambling, junk food and alcohol.


It was also found that youngsters even lied to get money or stole from a relative. Despite this, 72 percent of them were unaware to the risk of addiction to social media, apps and games.
Advertisement
John Dicey, of Allen Carr Addiction Clinics, said that habits, the social media and technology, are getting young people to display the hallmarks of addictions at a young age, and unless they are educated to the dangers of constant stimulation and consumption, it could become an epidemic of addiction in the future.

More News on:
Sexual Intercourse Facts Drug Detox Flowers And What They Mean To Us Drugs to Treat Tobacco / Nicotine Addiction Understanding the Role of Love in Mental Health

Impact of Social Media on Preventing the Spread of HIV
All of those tweets and Facebook posts could actually help curb the spread of HIV, says a new ......

People may Not Share Own Unpopular Views on Social Media
People are less willing to share their views on social media if they believe that their ideas are .....