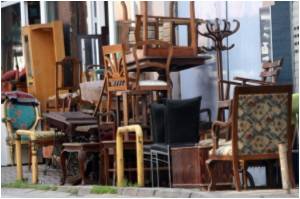 Turkey's economy may have staged a spectacular recovery from the global crisis, but the man in the street sees little reason to celebrate as unemployment remains high and the government keeps the belt tight.

University-educated Bayram Dalyan has held jobs as a construction worker, waiter and courier in recent years and is currently working as a part-time survey taker, earning some 400 Turkish lira ($250, 183 euros) per month, a mere quarter of the average salary.

A shocking 40 percent of under 25-year-olds in Spain are unemployed, with no success in their hunt for a job.
Advertisement

He is one of some 300,000 teachers who have failed to get permanent jobs at public schools, despite shortages, as the government keeps a tight grip on the state payroll via annual contracts or part-time positions with lesser pay.


"The macro-economic figures may seem fine, but if you look at the real needs of the people, the economy is a disaster," grumbles the 31-year-old.

In a new study, researchers have directly linked an increased unemployment rate to child maltreatment one year later.
Advertisement
"I see more and more people collecting the bad fruits and vegetables that vendors dump at markets in the evening. Yes, the economy is really doing fine," he says tongue-in-cheek, sipping tea in a cafe in downtown Ankara.

Outside, Eyup Kostan sells his hand-made notebooks on a street stall, braving the sub-zero temperature.

Another of the army of jobless, the 24-year-old gives a long account of failed job applications since his graduation in industrial drawing in 2007.

"When I read all those articles of economic success in the newspapers I feel like swearing... It's all about banks, interest rates and stock exchange but what about the people?" he complains.

Following a severe recession, the Turkish economy grew by 11.8, 10.2 and 5.5 percent in the first three quarters last year, outstripping the pace of global recovery.

The country's financial sector, which underwent a drastic overhaul in the early 2000s, weathered the global crisis largely unscathed.

But unemployment remains a major challenge for the government in a country where an overwhelmingly young population swells the workforce each year and a declining farming sector drives unqualified labourers to urban areas.

The jobless rate stood at 11.2 percent, or 2.9 million people, in the three months to November, according to latest official data. But experts say the figures fail to reflect the real picture due to widespread undeclared unemployment, or qualified people working in menial jobs.

The rate is even more alarming among young people aged up to 24, standing at 21.3 percent in the same period.

Stories of university graduates doing menial work have become a fixture in the Turkish press, with the problem compounded by a much-criticised government drive to inaugurate dozens of new universities across the country.

On Wednesday, for instance, some 3,000 people, among them engineers and city planners, applied for 350 firefighter vacancies at the Istanbul municipality, media reports said.

At the weekend, more than 1,000 candidates lined up for an exam for 16 court clerk positions in Corum, while another 4,300 applicants competed for 160 similar vacancies in Izmir.

But Turkey's tough-talking Prime Minister Recep Tayyip Erdogan has bluntly rejected criticism, saying that "there is no rule that all university graduates will have jobs" and that "it is better to be an educated jobless."

The AKP remains Turkey's most popular party ahead of general elections, expected in June, in which it will seek a third straight term in power.

Unemployment Is Bad For Your Health, Study Confirms

National research on income and wealth in Australia has confirmed AMA observations that there is a clear connection between unemployment and health.
Advertisement

Beneath rows of plastic sheeting that dot a swathe of Andalucian countryside, Spaniards are back at work as seasonal farm labourers, a role they had left to immigrants during a decade-long
Advertisement