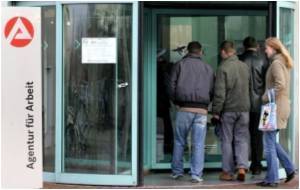 Through a new study, researchers have directly linked an increased unemployment rate to a rise in child maltreatment a year later.

According to the study, a prolonged rise in unemployment rates is not only detrimental to the economic health of the country but also to the physical and mental health of children.

Unemployment Is Bad For Your Health, Study Confirms

National research on income and wealth in Australia has confirmed AMA observations that there is a clear connection between unemployment and health.
Advertisement

Researchers reviewed state-level unemployment statistics from the Bureau of Labor Statistics, and compared them with child maltreatment data from the National Child Abuse and Neglect Data System (NCANDS), during the years 1990 to 2008.


Each 1 percent increase in unemployment was associated with at least a 0.50 per 1,000 increase in confirmed child maltreatment reports one year later.

Beneath rows of plastic sheeting that dot a swathe of Andalucian countryside, Spaniards are back at work as seasonal farm labourers, a role they had left to immigrants during a decade-long
Advertisement
In addition, higher levels of unemployment appeared to raise the likelihood of child maltreatment, as it was not only the lagged change in unemployment, but also the previous year's unemployment level that influenced the number of child abuse cases.

Maltreated children suffer the immediate physical consequences of abuse, including physical injury and even death, and are also at increased risk of physical and mental health effects, often lasting for decades.

"These results suggest that programs to strengthen families and prevent maltreatment should be expanded during economic downturns," he said.

The study was presented at the American Academy of Pediatrics (AAP) National Conference and Exhibition in San Francisco.

From a health perspective, going to college is the best option for young people during times of mass unemployment.
Advertisement
Advertisement