European Union Clears Use of Animal Proteins in Fish Feed 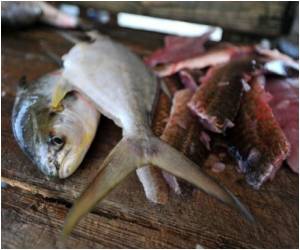 The European Union has reauthorized the use of fish meal made from ground-up pigs or chickens. Their use was banned in 1997 for cattle, and from 2001 for all animals, as part of efforts to tackle the Bovine Spongiform Encephalopathy (BSE) or Mad Cow epidemic, caused when other ruminants, in this case sheep, were used in feed.

The Commission said the latest data showed that the EU is close to eradicating BSE in its cattle population while the latest scientific opinion indicates "that the risk of BSE transmission between non-ruminant animals is negligible provided that intra-species recycling (cannibalism) is prevented."

In the absence of PAPs, farmed fish had been fed meal based on other fish, a more expensive substitute.


The ban officially ends on June 1.

'Mad Cow Disease' In Cattle Can Extend Extensively In ANS Before Detectable In CNS: Study
Mad Cow Disease or Bovine spongiform encephalopathy (BSE), is a deadly disease in cattle that ......

Concern Over Use of Drugs in Animal Feed
Drugs fed to animals to promote growth may lead to the emergence of antibiotic resistant bacteria, ....