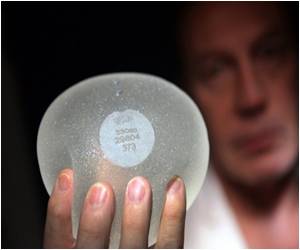 The EU's executive on Tuesday moved to improve the safety of medical devices following the worldwide scare over faulty PIP breast implants from France.

The European Commission issued new rules for the 80-odd "notified bodies" in the European Union that are responsible for the inspection of 10,000 medical devices -- from plasters to pacemakers.

"We now have a clearer basis for unannounced audits, sample testing, or joint assessments by notified bodies," said the Commissioner for Consumer Policy, Neven Mimica.


The new rules state that a member state can only designate a notified body after a "joint assessment" involving experts from the Commission and other nations. Authorities also will be required to regularly monitor notified bodies.

Management of breast cancer during pregnancy or pregnancy associated breast cancer requires special consideration to avoid harm to the fetus.
Advertisement
The inspection bodies for their part will have to randomly carry out unannounced factory audits and check for the substitution or adulteration of raw-materials.

A total of 16,426 women have had breast implants removed since it was found in 2011 that France's Poly Implant Prothese (PIP) were twice as likely to rupture as rival brands, and that the manufacturer used industrial silicone to fill them.

PIP founder Jean-Claude Mas, 73, has been charged with manslaughter and fraud. PIP's implants have been banned and the company, located in southern France, has been liquidated.

Most breast lumps are caused by hormonal changes in a woman and may not be cancerous. Keeping the threat of breast cancer in mind every breast lump should be medically evaluated.
Advertisement
<< Distinct Kawasaki Disease Season Defined By Data from Acros...
Incredible Will of a 13-month-old Baby to Beat Odds and Sur... >>