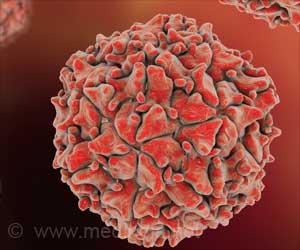 After an outbreak of a rare virus called acute flaccid myelitis (AFM) last year, medical experts are no closer to understanding the sickness. UNSW Sydney medical researchers have identified strong evidence that a virus called Enterovirus D68 is the cause of a mystery polio-like illness that has paralysed children in the US, Canada and Europe.

The study, by a team led by UNSW Professor Raina MacIntyre, Director of the NHMRC Centre for Research Excellence in Epidemic Response, is published in the journal Eurosurveillance.

Advertisement
‘Health officials are still not clear on what causes a mysterious polio-like illness that hospitalized nearly 120 children in the US alone .’

"In 2014, children in the US began to be diagnosed with a mystery illness that caused a polio-like paralysis," says Professor MacIntyre.


"More than 120 children developed acute flaccid myelitis in the US alone but experts were baffled as to the cause."

That same year there were also unusually large outbreaks of infection with Enterovirus D68, or EV-D68 - a virus known since the early 1960s to cause runny noses, coughs, muscle aches, fever and difficulty breathing.
Advertisement
About 2280 people in the US, Canada and Europe were infected with the virus, many of them children, and their respiratory symptoms were more severe than usual.

Clusters of the paralysing illness, also mostly in children, were reported in the same regions.

"This raised the possibility of a link between EV-D68 and acute flaccid myelitis. However, the virus had never been known to cause paralysis before," says Professor MacIntyre.

For the new study, the UNSW team analysed the scientific literature on acute flaccid myelitis. They applied the Bradfield Hill criteria - a set of nine principles developed to determine causality that are named after the two researcher who used them to settle the debate about smoking causing lung cancer.

"We are first to use his approach to analyse the relationship between EV-D68 and acute flaccid myelitis. Our results show that it is very likely that EV-D68 is the cause of the mystery illness and the paralysis of children.

"This link needs to be acknowledged so that public health strategies can focus on prevention of infection.

"The incidence of EV-D68 infections is increasing worldwide, and a genetically distinct strain has recently evolved. There is no treatment or vaccine for the polio-like illness caused by EV-D68, which makes it important to act quickly to stop outbreaks."

The virus is still rare in Australia. Hygiene methods such as washing hands with soap and water for 20 seconds can help prevent the spread of the virus.

Several Cases of Polio-Like Disease Observed in Kids
Even children who seem to fully recover can develop new muscle pain, weakness, or paralysis as ......

3 Endemic Nations Received Highest Polio Vaccines In 2016
Access to immunization has decreased the number of deaths in children, specially in the endemic ......