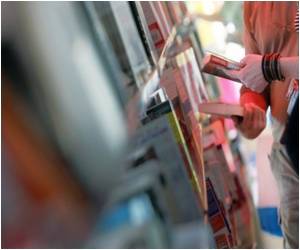 "The end of the print set is something we've foreseen for some time," Jorge Cauz, president of Encyclopaedia Britannica, said in a statement.

Doctors started practicing brain surgery at least 2,900 years ago, a specialist on Tibetan culture and literature has claimed.
Advertisement

"It's the latest step in our evolution from the print publisher we were, to the creator of digital learning products we are today."


The "coolly authoritative" reference books were coveted as a "goalpost for an aspirational middle class" who often paid for the multivolume sets in installments in the 1950's and 1960s, the New York Times wrote in glowing tribute to the end of era.

The United Nations Educational, Scientific and Cultural Organization (UNESCO) has listed Korea's traditional medical encyclopedia on oriental medicine as a world documentary heritage.
Advertisement
Sales peaked in 1990 when 120,000 sets were sold in the United States and dropped off precipitously as the Internet became the reference of choice for most Americans, with the huge growth of online reference site Wikipedia.

The gold-lettered books once sold by a "fleet" of door to door salesmen became a luxury item with a price tag of $1,395, the Times reported. Only 8,000 of the 12,000 collections printed for the 2010 edition were sold.

Britannica offered its first digital edition in 1981 for LexisNexis users, published the first multi-media CD in 1989 and the first encyclopedia on the Internet in 1994. It also expanded into the school curriculum market.

The online version -- which offers some services for free and charges an annual fee for enhanced content -- attracts an audience of 100 million people worldwide, Britannica said.