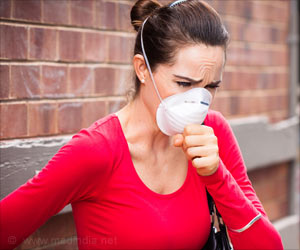 But its effectiveness wanes to less than 9 percent after four years among teenagers who have received only a newer form of the whooping cough vaccine (acellular pertussis vaccine) as infants and children. These findings were published today in Pediatrics.

The biggest obstacle in the current fight against whooping cough resurgence is an incomplete understanding of its underlying causes.
Advertisement
‘Despite high rates of Tdap vaccination, the growing number of adolescents who have received only the newer acellular pertussis vaccines continue to be at higher risk of contracting whooping cough and sustaining epidemics.’

The United States switched the type of vaccine it offered to children from whole cell pertussis (DTwP) to acellular pertussis (DTaP) vaccines during the 1990s and now uses DTaP vaccines for all five childhood doses at ages 2, 4, 6, 12 to 18 months, and 4 to 6 years. Babies and young children often get the new vaccine to protect against diphtheria, tetanus and pertussis (whooping cough). Despite high levels of vaccine coverage, the U.S. and other countries have experienced an increase in whooping cough cases in the years following the switch to the new vaccine. In 2006, a booster acellular pertussis (Tdap) vaccine was recommended by the Advisory Committee on Immunization Practices for all adolescents at ages 11-12 years.


The study explored Tdap effectiveness among adolescents during outbreaks of whooping cough in Northern California in 2010 and 2014. Despite Tdap coverage of more than 90 percent in adolescents, they had the highest incidence of pertussis of any age group in 2014. Routine vaccination at ages 11 to 12 did not prevent the epidemic.

One-Fifth of UK Kids Affected by Whooping Cough Despite Vaccinations

One fifth of school age kids in the UK are found to be suffering from whooping cough, even though most of them have been vaccinated, a new study has found
Advertisement
"This study demonstrates that despite high rates of Tdap vaccination, the growing number of adolescents who have received only the newer acellular pertussis vaccines continue to be at higher risk of contracting whooping cough and sustaining epidemics," said lead author Nicola Klein, MD, PhD, co-director of the Kaiser Permanente Vaccine Study Center. "Because Tdap provides reasonable short-term protection, it may contain whooping cough more effectively if it is administered to adolescents in anticipation of a local outbreak rather than on a routine basis at age 11 or 12."

Researchers examined Tdap vaccine effectiveness among adolescents previously vaccinated with only DTaP vaccines within Kaiser Permanente Northern California following both the 2010 and 2014 whooping-cough outbreaks. Age-specific incidence of the disease peaked at ages 10 to 11 in each outbreak. The incidence of whooping cough in the 2010 outbreak sharply declined following this peak and remained low at older ages. However, during the 2014 outbreak, incidence of whooping cough did not stay low and instead increased in 14 to 16 year olds.

"The strategy of routinely vaccinating adolescents to prevent future disease did not prevent the 2014 epidemic, arguably because the protection afforded by a dose of Tdap was too short-lived," added Dr. Klein. "While awaiting development of new vaccines that will provide longer-lasting protection against pertussis, we should consider alternate Tdap immunization strategies for adolescents."

The most comprehensive study of the family of bacteria that causes whooping cough points to effective vaccine strategies and reveals surprising findings about the bacteria's origin and evolution.
Advertisement
<< Eating Lima Beans may Boost Longevity and Increase Fitness L...
Colombia Sees a Spike in Guillain-Barre Syndrome Amid Zika C... >>

In Australia, the bacteria that cause whooping cough have undergone mutation, making the available vaccine for the disease less effective, said experts.