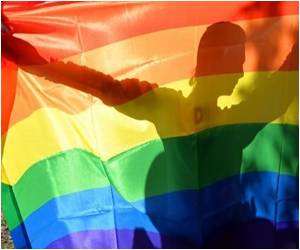 Now that vision is taking shape.


Russia's widely condemned annexation of Crimea in March and Putin's increasing rhetoric about protecting Russian-speakers abroad had raised fears the Kremlin was gearing up to seize new territory.


Those worries were allayed when Russian troops failed to pour over the border after separatists in the eastern regions of Donetsk and Lugansk said weekend referendums had overwhelmingly backed breaking away from Ukraine.

Putin's Foreign Minister Sergei Lavrov insisted Wednesday that Moscow had "no intention" of sending in troops to eastern Ukraine.

While denying Russian troops were in the restive regions, Putin recalled that after its conquest in tsarist times the territory from Donetsk to Odessa was known as Novorossiya -- New Russia.

Won by Russia in famous battles led by Catherine the Great and her favourite Grigory Potemkin, eastern and southern Ukraine only ended up as part of the country after the territory was transferred by the Bolsheviks in the 1920s, Putin said.

"Why they did this, God only knows," he lamented.

After the weekend votes in the east, the rebels moved quickly to stake their claim to joining Russia, with Donetsk separatist chief Denis Pushilin declaring they were seeking to "restore historic justice" -- echoing a term Putin used to describe Russia's annexation of Crimea in March.

The separatists have promised to hold referendums on joining Russia.

"It is for all the population of the 'People's Republic of Lugansk' to make their voices heard on questions of such importance," news agency RIA Novosti quoted the head of local rebel forces, Vasily Nikitin, as saying.

But votes on joining Russia are unlikely to have any more international weight than the independence referendums, which were dismissed as a "farce" by authorities in Kiev and declared illegal by the West.

The "New Russia" idea has taken hold in the regions however, with the self-styled governor of Donetsk, Pavlo Gubarev, using the term this week.

He told the Russia-24 news channel the newly declared "People's Republic of Donetsk" was "only the first step towards the great New Russia in the 'ex-east of Ukraine'."

Even if they claim to control large parts of Donetsk and Lugansk, the separatists are a long way from realising their dream.

Ukrainian forces remain in control of the region's military bases and border posts and, despite intense fighting, the rebels could not withstand a full assault without Moscow's help.

Analysts said that, for now, Putin may be content with putting his "New Russia" dream on hold and using instability in eastern Ukraine against Kiev.

As long as Kiev remains unable to claim full control of Ukrainian territory, Moscow can undermine the legitimacy of a pro-Western government it despises for overthrowing Kremlin-backed authorities earlier this year.

"The Kremlin doesn't need the Donetsk and Lugansk regions right now -- it already has to deal with Crimea," said Konstantin Kalachev, head of the Moscow-based Political Expert Group.

"Now it has a new means of pressure on everyone."

Religion is Another Battleground in Eastern Ukraine
A sharp division between nationalists and pro-Russian in Ukrainian city of Donetsk has been noted between churches tied to Moscow and those wanting to keep the country united.
READ MORE

Ukraine-Russia Crisis: History Becomes Political Weapon
Everything certainly appears to be fair in war as Russia and Ukraine are ruthlessly using history as a weapon in the battle.
READ MORE

Ukraine Jews Reject Russias Accusations of Protestors Being Neo-Nazis
Ukraine's Jews have rejected accusations from Russia that the protesters in the country are 'fascists' and 'neo-Nazis'.
READ MORE