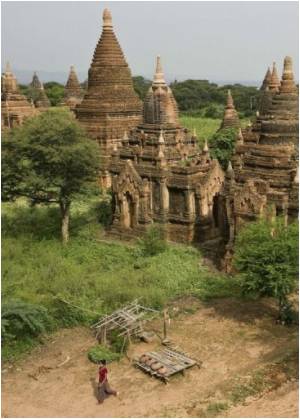 Florida is known for its sunshine and beaches -- and increasingly for its quality craft beer, good enough to compete with microbrewed ale from anywhere in the United States.

So how about a glass of Florida Weisse? Or perhaps, after a visit to Disney World, joining one of the tour operators now offering trips to the microbreweries?

"Microbreweries have been experiencing double-digit growth every year now for about the past five years," said Mike Halker, president of the Florida Brewers Guild.


"New breweries open up just about every month now," he proudly told AFP.

There are currently 74 small and mid-sized breweries in Florida. By the end of the year that number is expected to reach 100, said Gerard Walen, journalist and author of "Florida Breweries," something of a bible on the subject.
Advertisement
"We are still way behind some of the pioneering craft-beer states like Oregon, California, Colorado," he said. "But I would say as far as quality, we are definitely in the thick of it."

Multinational giants such as Anheuser-Busch InBev, owner of Budweiser and Corona, and MillerCoors LLC dominate the US beer market. Artisan beer sales represent a sliver of the market.

In Florida, where the equivalent of 13 million barrels of beer is downed each year, craft beer sales account for about five percent of sales, according to Halker, who is also president and head brewer of the Due South Brewing Co.

Halker hopes that Due South will produce some 6,000 barrels of beer this year, including such exotic blends as Honey Vanilla Wheat, a slightly sweet light pale ale, and Caramel Cream Ale, a balance of hops, caramel and vanilla.

Walen is convinced that craft beer will continue to make market inroads.

"People are exploring the taste of the varieties of beer, they are enjoying it better than what they were able to get before," he said.

Sensing danger, the big beer companies are fighting back. The Florida senate recently approved a measure that limits microbrewery retail sales, which many small brewers fear could put them out of business.

Craft beer aficionados "are more passionate" about what they drink, said Fort Lauderdale resident Chris Fidler after buying five liters of beer at the Wynwood Brewing Company, a family-owned affair opened in September.

Alex Gutierrez, the Wynwood Brewing tap-room manager, says that the company's main goal "is to offer guests tasty beer that are specially made for the climate of southern Florida and Miami, and for its culture also."

If Florida had to define itself by one beer it would likely be Florida Weisse, a beer fermented with local tropical fruit such as mango, papaya and oranges.

Its low alcohol content, light flavor and sweet touch makes it ideal for a "very refreshing" sip on a Florida beach, said Gutierrez.

Florida Endangered by Sea Level Rise
Miami, south Florida, is known for its warm sunshine and sandy beaches, and is a haven for ......