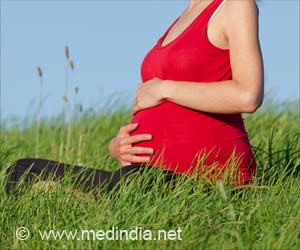 With the aim of protecting against malaria associated with pregnancy, scientists have developed a new vaccine. In an early clinical trial, the vaccine is found to be safe for pregnant women.

Malaria in pregnancy has major impacts on mother and child health. The current strategy to prevent pregnancy-associated malaria (PAM) comprises intermittent preventive treatment and use of insecticidal nets.


The new vaccine, developed by a team of researchers at the University of Copenhagen in Denmark, passed the test by inducing the right antibody response in the blood, according to a study published in the journal Clinical Infectious Diseases.


‘The vaccine induced the right immune-response against the malarial parasite and is found to be safe with no side effects.’


"It is a great milestone for us to be able to show that our vaccine is completely safe and induces the exact antibody response in the blood we want because it is the immune response that has been shown to be connected with protection from pregnancy malaria," said Morten Agertoug Nielsen, Associate Professor at University of Copenhagen.

For the study, the researchers examined the effect of the vaccine among 36 people in Germany.

After injecting the participants with the vaccine, the researchers were able to detect the right immune response with antibodies against the malaria parasite in the blood, and the participants showed no serious side effects.

"The next step in the process is a phase two clinical trial, which will show whether the vaccine is still safe, but also whether it can prevent disease," said Nielsen.

"Concurrently, we have developed a method for transforming the vaccine into a virus-like particle. This increases the antibody response. But the crux of the matter is whether it is sufficient for attacking all the different forms of the protein hook found in the malaria parasite," Nielsen noted.