Dutch Weed 'Coffee Shops' Has Had Enough of Tourist Nuisance 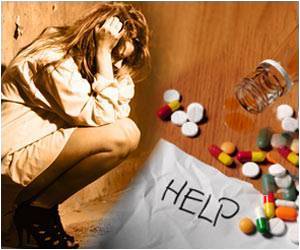 Learning to grow their own weed or finding a dealer: French and Belgian potheads are seeking alternatives to the famous Dutch coffee shop as The Hague plans to cut off drug tourists.

Incensed by the "nuisance" caused by millions of people crossing its borders each year to visit one of 670 licensed coffee shops, the Netherlands plans to turn these cannabis-vending cafes into private clubs for card-carrying members -- Dutch residents only.

Smoking cannabis suppresses the immune system and so, may increase the risk of cancer, claims a new US study.
Advertisement

"We are busy learning about growing cannabis at home," a 27-year-old Belgian visitor told AFP at "Mississippi", a well-known coffee shop in Maastricht on the border with Germany and Belgium.


"Smoking a joint, that is our recreation. We really enjoy smoking a joint with a cup of coffee," said the woman, a regular of the smoky establishment in the hold of a barge moored on the Maas River.

Researchers at University of Maryland in Baltimore have found that when newborn female rats are given a substance mimicking cannabis, their brains become more masculine - as does their behaviour.
Advertisement
Though technically illegal, the Netherlands decriminalised the possession of less than five grammes (0.18 ounce) of cannabis in 1976 under a so-called "tolerance" policy.

Cannabis cultivation and wholesale remain illegal and are in the hands of criminal organisations in a black-market business worth an estimated two billion euros ($2.7 billion) per year.

About 1.4 million foreigners visit Maastricht's 14 coffee shops every year, more than half of them Belgian, followed in joint second place by French and Germans.

The foreigners' presence raises the hackles of local residents who blame them for traffic jams, nocturnal disturbances, and attracting the seedy underbelly of the illegal drug trade.

"In the 200 metres (yards) between the parking garage and the entrance to Mississippi, I can be approached twice or three times by people trying to sell me cocaine," said a 19-year-old French student on the street of Maastricht.

The city proposed in 2005 to ban foreigners from its coffee shops, whose owners opposed the move and are contesting it before the Dutch Council of State -- the country's highest administrative court which also advises the government on legal issues.

The court, set to make a ruling in the coming months, sought the input of the European Court of Justice, which ruled in December that banning foreigners was justified "by the objective of combating drug tourism and the accompanying public nuisance".

The new, rightist Dutch government inaugurated last October wants to extend the proposed ban to coffee shops countrywide and has mooted the introduction of a national "wietpas" (literally weed pass).

Coffee shops are currently permitted to stock no more than 500 grammes (a little over one pound) of the soft drug at any given time, but this limit is often flouted.

"Nuisance and criminality related to ... the trade in narcotics must be reduced," states the governing coalition agreement signed in September.

"Coffee shops must be private clubs for adult residents of the Netherlands on presentation of a pass," it stipulates.

"If they keep us out, we will find it (cannabis) at home, in France, but it is not the same," said regular Maastricht visitor Kevin Armand, 22. "The quality of what we can buy on the street (in France) is not the same."

Armand was on a three-day visit to the Netherlands ... "to smoke quality grass in peace," as he explains.

Adrian, a 25-year-old salesman from Luxembourg, insisted he would continue visiting the capital of the southern Limburg province and "try to find weed from dealers on the streets".

"It will be an economic catastrophe for us, but also for tourism," predicted Marc Josemans, owner of the "Easy Going" coffee shop and president of the Association of Coffee Shops of Maastricht.

At least one Belgian has read the writing on the wall.

"I have been coming to Maastricht for years to get my weed," said the 57-year-old, who like most of the cannabis users approached by AFP, did not want to give his name.

"This may be a good time to stop smoking joints."