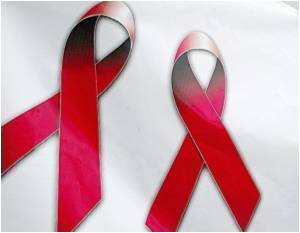 Pregnancy is a time when men also are at higher risk of developing HIV, a new study has warned. It added that their risk doubles if their partner is both HIV-infected and pregnant.

Many women remain sexually active during pregnancy and may or may not wish to negotiate condom use with their male partners - especially if they wish to get pregnant.

Encyclopedia section of medindia gives general info about HIV Clinical Features
Advertisement
In their analysis, they found that pregnancy was associated with increased risk of both female-to-male and male-to-female HIV transmission.

But for women with an HIV- infected partner, the study found that factors other than pregnancy also likely contributed to this increased risk, such as sexual behavior. In men, however, the link between pregnancy and HIV risk was much clearer, even after considering whether or not they had engaged in unprotected sex or were circumcised.

Microbicides-substances designed to be applied topically on the inside of the rectum or vagina - are under active investigation as a method for women to use to protect against HIV.

The study, which involved applying a single dose of tenofovir gel hours before women gave birth by caesarean delivery, was conducted as a first step toward determining if use of a vaginal microbicide during pregnancy is safe for women and their babies.

The active ingredient in tenofovir gel is an antiretroviral that is approved as an oral drug and used as part of the standard HIV treatment regimen.

In the current trial, which involved healthy, uninfected pregnant women, the amount of drug found in umbilical cord blood was 40-times lower than cord blood levels noted in these other studies after oral dosing, and the amount that got absorbed into the maternal blood was at levels 50- to 100-times lower.

In addition to finding very low levels of drug, the researchers also reported there were no serious side effects attributed to the gel in either the mothers or their newborns. Based on these results, researchers now plan to conduct a larger study of tenofovir gel in both pregnant and breastfeeding women.

Because no information has been available to know whether using a candidate microbicide during pregnancy is safe, women who participate in clinical trials must use contraception, and if women become pregnant, they must stop using study product- at a time when protection may be needed the most.

The results were presented today at the International Microbicides Conference (M2010) in Pittsburgh.