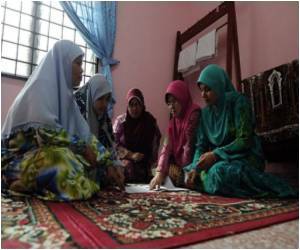 Complementary and alternative medicine (CAM) is becoming increasingly popular in maternity care the world over, and hence doctors should become more familiar with such systems too, it has been suggested.

A review published in the Journal of Advanced Nursing stresses the need for greater respect and cooperation between conventional and alternative practitioners, and improved communication with patients about the growing use of CAM.

However, healthcare professionals need evidence-based information about its use, cautions the University of Queensland's Dr Jon Adams, lead author.


He is also Executive Director of the Network of Researchers in the Public Health of Complementary and Alternative Medicine (NORPHCAM).

University-based members of the (NORPHCAM) reviewed 19 studies covering the views of more than 3,000 maternity professionals from Australia, Canada, the USA, UK, Germany, New Zealand and Israel.

Pregnancy is a time when a female blossoms into a woman with an experience never felt before. Here are a few self-care tips for pregnant mothers that will help them during their pregnancy.
Advertisement
The studies, which were all based on interviews or surveys, were published between 1999 and 2009, 13 in the last five years.

The review raised concern that most medical professionals have no CAM training and little understanding of the pharmacological nature of alternative therapies and their possible risks to pregnant women.

"There have recently been calls for nursing and midwifery education to include CAM training," Dr Adams said.

"In addition, a number of medical organisations and registration boards, including the Royal College of Midwives and Australian Nursing Federation, have issued position statements endorsing the linking of care standards to education and knowledge of CAM.

"We hope that our research review will provide a first step in developing an evidence base on this important topic and provide vital insights for those managing, practising and receiving maternity care."

Key findings from the most recent 2008 and 2009 studies include:

A survey of 343 midwives from Canada and New Zealand found that 72 per cent had recommended or offered CAM. The most common referrals were to homeopaths (51 per cent), acupuncturists (50 per cent), naturopaths (48 per cent), chiropractors (36 per cent), massage therapists (31 per cent) and osteopaths (20 per cent).

All but one of the 381 obstetric departments who took part in a German survey said they offered at least one CAM therapy, with acupuncture (97 per cent), homeopathy (93 per cent) and aromatherapy (77 per cent) heading the list.

78 per cent of the 227 midwives who took part in an American study reported using CAM and 89 per cent would refer a patient to CAM providers.

The three most commonly used treatments were herbal preparations (85 per cent), pharmacologic/biologic treatments (82 per cent) and mind-body interventions (80 per cent).

A study of 401 American obstetricians found that 98 per cent routinely endorsed, provided or referred patients for at least one CAM treatment. Movement therapies topped the list at 86 per cent, followed by biofeedback and acupuncture (both 80%).

"The use of CAM during pregnancy has been debated by practitioners and policy makers around the world and it is clear that there is a real need to develop an integrated approach to maternity care.