Discovery Of Signaling Process Could Lead To New Cancer Treatment 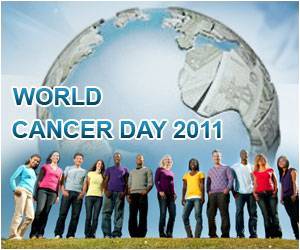 The discovery of a hormonal signaling process could lead to new therapies to block proliferation of tumor-initiating stem cells. Strikingly the process links cancer and obesity.

The findings, which surfaced while the researchers were trying to determine what distinguishes cancer stem cells from normal tumor cells, appear in journal Proceedings of National Academy of Sciences.


In the study, the researchers describe how the signaling process between leptin, a hormone produced by fat tissue that controls appetite, and OB-R, a hormone receptor produced by the brain's hypothalamus, is a characteristic feature of a variety of tumor-initiating stem cells.


They also explain that leptin plays a key role as an intermediary between excess accumulation of adipose tissue, the connective tissue that stores fat cells, and activation of tumor-generating genes related to obesity.

Machida also points to the strong correlation between obesity and cancer, but that the mechanics of how obesity contributes to cancer development were not well understood until now.

"In characterizing the tumor-initiating stem cells we discovered that leptin is the master regulator of stem cells, signaling them to self-renew themselves," he says. "If there is a mutation or dysfunction in the hormone, some of the mice in the study would be constantly hungry, overeat, and become obese, which raised their risk of cancer."

The study is related to previous research Machida conducted, which showed that obesity enhanced tumor development in the liver. Now, he is seeking a more detailed characterization of the mechanics of tumor-initiating stem cells in humans.

"If we're able to develop therapy to shut down the tumor-initiating stem cell's lifeline through targeted drug therapy, we may be able to develop something that gets rid of these stem cells altogether," Machida says.