Research and Development Vital to Build US Economy, Voice Most Americans 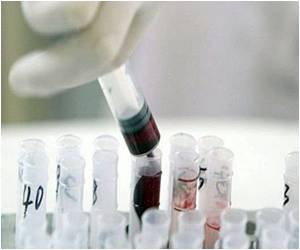 Growing public support for research and innovation to improve health, create jobs and boost the economy expressed by Americans in the new edition of America Speaks, a compilation of public opinion polls commissioned by Research. However, nearly 60% of Americans don't believe we are making enough progress in medical research, and 54% don't believe the U.S. has the best health care system in the world.

These polls reveal notable themes in Americans' views on health research and the country's global competitiveness. For example, 77% agree that the U.S. is losing its competitive edge in science, technology and innovation.

Despite these findings, many Americans (86%) believe that advances in science have benefited society and have helped make life easier for most people. A vast majority (91%) also believe that research and development are important to their state's economy.


"Americans support further investment in health research and have indicated that the federal government must do more to sustain and build our economy," said Research! America Chair and former Illinois Congressman John Porter. "Scientific research has proven to be an emerging, economic driver in cities that have committed to building their life sciences industry. To secure our position as a leader in science and innovation, we need to elect officials that will support a robust investment in research. That is why the 2012 elections are critical to our nation's well-being."
Advertisement
The majority of Americans also believe that investing in health research is important to job creation, economic recovery and global competitiveness, and they are willing to pay for it. For example, half of those surveyed are willing to pay $1 per week more in taxes if they knew that the money would be allocated for medical research.

"These findings offer an intriguing look at how research impacts so many aspects of our lives and why it must be more of a focal point in the national conversation, particularly during an election year," said Mary Woolley, president and CEO of Research!America. "Looking at science as a solution to our economic woes and health challenges is a smart strategy for elected officials and candidates. Americans see science as a solution, and our public policy should reflect that."

Grooming the next generation of scientists is also key to our country's health and prosperity, Porter added. More than 70% of Americans believe that the federal government should place more emphasis on the number of American students who pursue STEM (science, technology, engineering and mathematics) careers.

The poll data summary also provides a glimpse into some of the top health policy issues for 2012, such as rising obesity rates in this country.

"We need an integrated strategy involving both the public and private sector to address the obesity epidemic," said Woolley. According to America Speaks!, 52% of Americans say government should play a role in prevention research to help Americans make behavioral changes that can help them overcome obesity, smoking and other hazardous and costly health threats.

Among the most notable poll highlights:

Global Health Groups Urge USA to Accelerate Medical Research and Approvals
A coalition of 30 leading global health organizations that work on vaccines, drugs, and other tools ...

Medical Research and the Elimination of Bias
Most people are rather vague when reporting on food and drink consumption, smoking and exercise ......