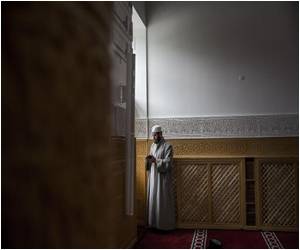 The longstanding political influence of the anti-immigrant Danish People's Party (DPP), as well as the row over Prophet Mohammed cartoons that led to deadly protests in Muslim countries have strained relations between Denmark's largest religious minority and the majority population.

After years of political wrangling and "not in my backyard" protests, Copenhagen's Muslim community is cheering the opening of the 6,700 square metre (72,118 square feet) complex that will house a mosque, a cultural centre, a television studio and a fitness centre.


But sandwiched between a car dealership and a self storage firm in a low income district, it is not quite the symbol of mainstream acceptance that many of Denmark's 200,000 Muslims had hoped for.
Advertisement
The absence of any Danish politician of note at Thursday's inauguration will also highlight the scepticism with which many Danes view the project, not least after it was announced that the funding came from gas-rich Qatar, which has a patchy record on human rights and has lately been embroiled in a corruption scandal over its winning bid for the 2022 World Cup.

While most politicians have merely said they are otherwise engaged, a few have been more forthright.

The leader of the Liberal Alliance party, Anders Samuelsen, told daily Berlingske he couldn't "quite figure out the financing ... and I will not risk endorsing something that is foolish to endorse."

The DPP's leader, Kristian Thulesen Dahl, said he believed Qatar's conservative government "will very likely expect to have a direct or indirect influence on the mosque," hampering the integration of Muslims in Danish society.

Between 2001 and 2011, Denmark's minority centre-right governments relied on the DPP's support in parliament, in return for which the party was able to tighten Danish immigration policies into some of the toughest in Europe.

Since a new leader took the helm in 2012 it has toned down its most contentious rhetoric on Islam and focused instead on the potential cost of allowing migrant workers from eastern Europe to work in Denmark, helping it secure one in four votes in May's European elections.

"We're not involved in Qatari politics and we have nothing to do with the domestic situation there," said Mohamed Al Maimouni, spokesman for the Danish Islamic Council, which owns the mosque.

"The Danish Islamic Council has full power over the rhetoric used here. And that's why we were so happy with this donation: it's a generous gift that comes with no demands," he added.

The organisation initially tried to raise money for the mosque in Kuwait and Saudi Arabia before an appearance on Qatar's Al Jazeera news channel caught the attention of the country's former Emir Hamad bin Khalifa Al Thani.

The group told Gulf financiers it wanted to create a platform for dialogue between Danish Muslims and other groups in Danish society.

To that end, representatives from the Church of Denmark as well as from the Jewish community have been invited to Thursday's inauguration.

A Qatari delegation led by its minister of endowments and Islamic affairs will also attend the opening ceremony, which will be broadcast live on Al Jazeera and Qatar state TV.

"With this platform you can avoid conflicts like the one over the Mohammed cartoons, because it creates dialogue and understanding," Al Maimouni said.

The Danish Islamic Council was known for having "a moderate understanding of Islam" and had "an Islamic philosophy based on adjusting to the society you are in," he argued.

"Islam in Qatar or Morocco is not the same Islam as in Denmark. Of course there are some principles that don't change with place or time, but the other things can be changed," he said.

The group is working to prevent local Muslim youth from becoming radicalised and travelling to Syria, where the number of Danish fighters is second only to Belgium in Europe on a per capita basis, according to the London-based International Centre for the Study of Radicalism.

However, on the day before the opening of the mosque, remarks made by Al Maimouni about homosexuality prompted many to question just how much the new Sunni mosque would "adjust" to Denmark's socially liberal society.

"In Islam homosexuality is something that is wrong, of course. You view it as someone being ill," he told daily newspaper Jyllands-Posten.

It was unclear whether Al Maimouni's comments on homosexuality represented the organisation, said Brian Arly Jacobsen, associate professor of cross-cultural and regional studies at the University of Copenhagen.

"Regardless of whether or not they do, that is an area where they are very conservative. And it will be easy for opponents of the mosque to use that as an argument against their project," he said.

Pork, Threatening Letter Found in Paris Mosque's Mailbox
After slices of pork and a threatening letter were stuffed in the letterbox of a mosque in Paris ......

New Feud Between Turkey and Greece Sparked by Mosque and School
Religion has sparked trouble between Greece and Turkey, which share a history marred by bitter ......

Foundation Laid for First Mosque in Slovenia
The foundation stone for what will be Slovenia's first mosque was laid by prime minister Alenka ......