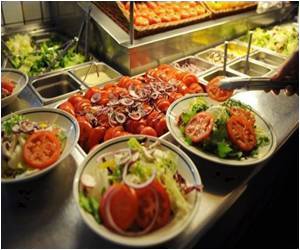 The research was published online ahead of print today (08 March 2012) in the European Respiratory Journal.

Previous research has shown a link between the intake of cured meats and the risk of developing COPD; however, this study is the first to show the effects of cured meat consumption on the progression of the disease.


COPD is a term used for a number of conditions, including emphysema and chronic bronchitis that are caused by inflammation in the lungs. They make breathing more difficult and are a major cause of disability and death.
Advertisement
People with COPD are often hospitalised when they suffer an exacerbation of their symptoms. This can be triggered by a number of things, such as infections in the lungs, air pollution or tobacco smoke.

The researchers worked with 274 patients from their first admission to hospital due to their respiratory condition. Participants provided information on their usual cured meat consumption and were monitored for an average of 2 years for hospital admissions.

The results showed that people eating large quantities of cured meats (i.e. more than one slice of ham per day or equivalent) were more likely to suffer an exacerbation that caused them to have readmission to hospital. These findings were obtained after controlling for age, lung function and calorie intake.

The researchers believe the negative effects of cured meats are thought to be a result of the nitrites used as preservatives and anti-bacterial agents in the meat. The nitrites produce reactive nitrogen species that damage tissue in the lungs.

There were some limitations to the study, including a lack of information on dietary changes after the first measurements were taken; however, the authors state that it is unlikely that a COPD admission to hospital would promote a reduction in cured meat consumption.

Dr Judith Garcia-Aymerich, lead author from CREAL, in Spain, said: "Our findings provide the first evidence that an excessive intake of cured meat can worsen progression of COPD. We believe that adherence to current dietary guidelines, which recommend a moderate or occasional intake of cured meats, will be sufficient in order to avoid this excess of risk. Above it, other individual actions such as quitting smoking or practising physical activity on a regular basis may be more relevant to reduce the risk of COPD exacerbations."

Nutrition Labels on Raw Meat Packages
The US Department of Agriculture has announced that starting on March 1 raw meat packages will come ...