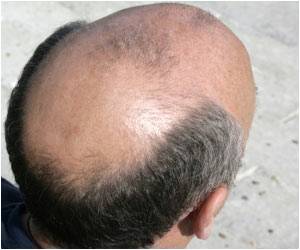 A cure for baldness could be a reality in the next two years after a team of American researchers revealed that they have identified the gene which is responsible for triggering baldness.

Researchers from Pennsylvania University said that they have found the gene which regulates the levels of prostaglandin D2 (PGD2), an enzyme which has been found to direct follicles to stop producing hair.

The researchers said that they have contacted a number of pharmaceutical companies over the possibility of developing a drug that could stop the effects of the enzyme, adding that there are already drugs available in the market, which reduce PGD2 levels.

Surgical and medical hair restoration can help really 'restore' all the hair you have lost.

Surprising Relationship between Scalp Tattoos and Baldness
News Archive
News Resource
Advertisement
News Category
JUUL E-Cigarettes Banned from US Market Busy Americans Get The Least Sleep At 40 Years Deepika Padukone Rushed To Hospital After Sudden Chest Pain Vegans, Vegetarians and Fish Eaters Have Better Memory Than Meat Eaters How to Reduce the Risk of Acute Kidney Injury By Drinking Coffee?
More News
Sign up for Wellness Consult a Doctor Sign up for Selfcare