Crohns Disease Not Exempted From Racial Disparities in Children 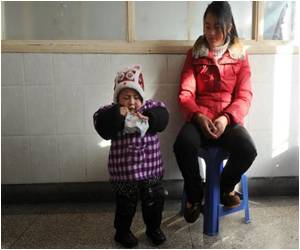 A study published in the IBD Journal found significant differences in hospital readmissions, medication usage and both medical and surgical complications of children with Crohn's disease related to race.

In the study, black children had a 1.5 times higher frequency of hospital readmissions because of Crohn's disease compared to white children.

"We found racial inequalities exist among children and adolescents with Crohn's disease, likely due to a combination of genetic and environmental differences," said Jennifer Dotson, MD, MPH, gastroenterologist at Nationwide Children's Hospital and principal investigator in the Center for Innovation and Pediatric Practice. "This is one of the first studies to investigate the rate of various health disparities in the Crohn's disease population in pediatrics, despite the fact that 25 percent of the time, Crohn's disease is diagnosed in childhood."


Using data from the Pediatric Health Information System database, a large, regionally diverse system, the researchers examined racial disparities in the treatment and outcomes of hospitalized white and black pediatric patients with moderate to severe Crohn's disease. The study evaluated more than 4,000 patients up to age 21 who were admitted to a hospital due to their disease between 2004 and 2012. Black children had a shorter time to first readmission.
Advertisement
"A physician or other clinical staff may not readily identify these racial differences at a single-practice level, but these gaps may be important on a larger scale," explained Dr. Dotson.

"Further studies need to help identify the causes of these racial differences so we can design interventions for hospitals and physician offices that can reduce population level disparities. Clinicians at Nationwide Children's involved in the study are keeping this in mind and continuing to collect data." They are now examining some of the outpatient factors that may result in disparities, such as frequency of follow-up, and further investigating racial and socioeconomic disparities in treatment and outcomes of children with Crohn's disease.

"Some of the differences in our study are likely attributable to intrinsic differences in disease between blacks and whites," said Dr. Dotson, who is also a faculty member at The Ohio State University Wexner Medical Center. "For example, more procedures are likely a result of the increased rate of perianal disease in blacks. Other differences may reflect disparities in care, although biologic differences can't be excluded."

According to Dr. Dotson, the increased usage of corticosteroids and biologic medications among black children in the study could suggest a more severe disease course that may be attributable to worse intrinsic disease in black children. But it is equally possible that black patients were more ill at the time of hospital admissions due to delays in seeking care or impaired access to care, and thus required more intensive therapy, she said. The researchers also found black children had a lower median income and were more likely to have Medicaid.

"Black children were slightly older at the first admission than white children, which could represent a subtle marker of diminished access to medical care or a delay in disease recognition," said Dr. Dotson, who explained other studies have shown that the role of biology in health disparities in chronic diseases is often modest, and there are many other factors, such as access to care and health literacy, that contribute to disparities in care.

Significant racial, ethnic, and socioeconomic disparities in access to healthcare and quality of care have been found throughout the United States in other conditions including the treatment of ovarian cancer, asthma and ADHD, with little improvement in disparities being reported in the past decade.

Disparities have been shown to contribute to suboptimal healthcare outcomes for minorities and low income groups, as well as inefficiencies in healthcare delivery systems. "Financial barriers to outpatient care and self-management, such as transportation, medication and nutrition needs, may have impacted the outcome for these children."

Dr. Dotson and her collaborators on the study stress further primary research in understanding health system barriers and disparities, and standardization of care is needed to ultimately improve healthcare delivery and minimize healthcare disparities to improve the health and quality of life of children with Crohn's disease and other chronic conditions.

Specialized Intestinal Cells can Provide New Targets for Crohns Disease Treatments
Researchers have found that Crohn's disease can be caused by a specialized intestinal cell type ......