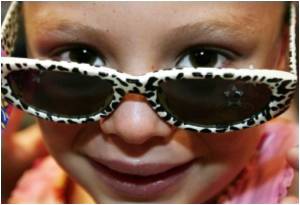 Dr. Williams' team found that the highest rate of transplant success occurred in adolescent patients treated for keratoconus. About 86 percent of transplants were done for this reason in patients aged 13 to 19. Transplants were considered successful if they significantly improved vision and the new corneas remained healthy over 10 or more years. Within this keratoconus subgroup, 75 percent of patients achieved 20/40 vision or better (some needed eyeglasses, contact lenses or vision-correcting surgery), and 90 percent still had viable corneas at their 10 year follow-up.

"Vision improvement was substantial for children of all age groups in whom grafts succeeded, and we can safely assume this had a significant positive impact on their social and educational development," Dr. Williams said. "From the available pre-surgery vision records, we know that before their transplants most kids had 20/200 vision (defined as legally blind), and after surgery 60 to 80 percent of them attained 20/40 or better and maintained this improvement for up to 15 years," she added. 640 young patients who received new corneas between 1985 and 2009 and report on their work in the March issue of Ophthalmology, the journal of the American Academy of Ophthalmology.


Infants and older children were also tracked in Dr. Williams' study. Infants (under age five) fared the worst, with a success rate of only about 50 percent, which the researchers say is probably related to the illnesses that made the transplants necessary. Many of the infants had serious developmental disorders that may have impacted transplant success. Children aged 5 to 12 received transplants for a variety of reasons and had success rates about equal to adults treated for similar reasons. Less than 40 percent of patients in the infant group had functional corneas at 16 years post-surgery, compared with 70 percent in the aged 5 to 12 group at 22 years post-surgery.

Two studies that may influence clinical treatment of serious eye conditions appear in the July issue of Ophthalmology , the journal of the American Academy of Ophthalmology.
Advertisement
The researchers used data from the Australian Corneal Graft Registry. Since this information was gathered from a wide variety of surgeons and hospital settings, the researchers say it provides a "real world" picture of transplant success that is, in some respects, more clinically relevant than studies based solely in research centers.

About Keratoconus: This disorder of the cornea the clear, outer surface of the eye that focuses incoming light affects one in 2,000 people in the United States and worldwide. A person with keratoconus may first notice symptoms during puberty or in his or her late teens or early twenties: vision may become blurry or distorted, or the eyes may feel irritated by bright light. Today diagnosis is simpler and more accurate than ever, thanks to topographic scanners used by Eye M.D.s to "map" the corneal surface.

As keratoconus worsens the cornea becomes much thinner than normal and may eventually become cone-shaped, so that seeing clearly becomes impossible. Usually both eyes are affected, to varying degrees, and in some cases the disorder worsens for 10 to 20 years, then slows down or stabilizes. The underlying causes remain unknown. For most patients corneal transplant is considered only after other treatment options, like eye glasses or special contact lenses, have failed.

A report in the February issue of the Archives of Ophthalmology, says that this infection called endophthalmitis, most commonly comes from donors who die in a hospital or had cancer.
Advertisement
<< Nevirapine Daily For Six Months Instead Of Six Weeks Halves...
Billboard That Profiles People's Ad >>

Drug - Food Interactions Hearing Loss Calculator Find a Doctor Calculate Ideal Weight for Infants Diaphragmatic Hernia A-Z Drug Brands in India The Essence of Yoga Selfie Addiction Calculator Drug Interaction Checker Indian Medical Journals
This site uses cookies to deliver our services. By using our site, you acknowledge that you have read and understand our Cookie Policy, Privacy Policy, and our Terms of Use