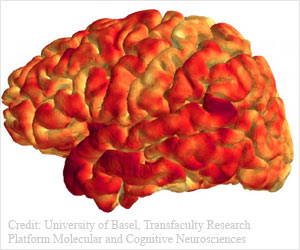 Brain surgery is a critical and complicated process. The type of brain surgery done depends highly on the condition being treated. Surgeons often operate in the dark. They have a limited view of the surface of the organ, and can typically not see what lies hidden inside.

Quality images can routinely be taken prior to the surgery, but as soon as the operation begins, the position of the surgeon's target and risky areas he must avoid, continuously change. This forces practitioners to rely on their experience when navigating surgical instruments to, for example, remove a tumor without damaging healthy tissue or cutting through important blood supplies.


‘Researchers have developed methods to train surgeons, help them rehearse for such complex operations and guide them during surgery.’


To do this, the team develops mathematical models and numerical algorithms to predict the deformation of the organ during surgery and provide information on the current position of target and vulnerable areas. With such tools, the practioner could virtually rehearse a particular operation to anticipate potential complications.

As the brain is a composite material, made up of grey matter, white matter and fluids, the researchers use data from medical imaging, such as MRI to decompose the brain into subvolumes, similar to lego blocks. The colour of each lego block depends on which material it represents: white, grey or fluid. This colour-coded "digital lego brain" consists of thousands of these interacting and deforming blocks which are used to compute the deformation of the organ under the action of the surgeon. The more blocks the researchers use to model the brain, the more accurate is the simulation. However, it becomes slower, as it requires more computing power. For the user, it is therefore important to find the right balance between accuracy and speed when he decides how many blocks to use.

The crucial aspect of Prof Bordas' work is that it allows, for the first time, to control both the accuracy and the computational time of the simulations. "We developed a method that can save time and money to the user by telling them the minimum size these lego blocks should have to guarantee a given accuracy level. For instance, we can say with certainty: if you can accept a ten per cent error range then your lego blocks should be maximum 1mm, if you are ok with twenty percent you could use 5mm elements," he explains. "The method has two advantages: You have an estimation of the quality and you can focus the computational effort only on areas where it is needed, thus saving precious computational time."

Over time, the researchers' goal is to provide surgeons with a solution that can be used during operations, constantly updating the simulation model in real time with data from the patient. But, according to Prof Bordas, it will take a while before this is realized. "We still need to develop robust methods to estimate the mechanical behavior of each lego block representing the brain. We also must develop a user-friendly platform that surgeons can test and tell us if our tool is helpful," he said.

The researchers published their findings in IEEE Transactions on Biomedical Engineering.

Meet the Man Who Sang and Played Guitar While Undergoing Brain Surgery
The 33-year-old man underwent surgery to remove his brain tumor, but showed amazing courage as he sang six songs including 'Yesterday' by The Beatles.
READ MORE 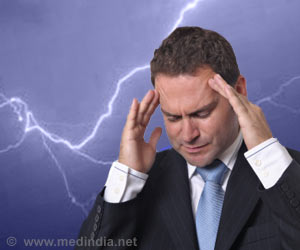 New Robotic Device can Help Perform Brain Surgery Via Cheek
Researchers are currently developing a new robotic device that can reach remote regions of the brain through the cheek.
READ MORE