Casualty Care Guidelines May Improve the Practice of Wilderness Medicine

TCCC was designed in the mid-'90s for the Special Operations medical community. After nearly 14 years of continuous combat operations, there have been many major advances made in casualty care by medical professionals in the US military that have resulted in the highest casualty survival rate in the history of modern warfare.

Many of the lessons learned on the battlefield translate well to the austere conditions encountered every day in the wilderness. A lack of resources, extreme weather, and delayed transport to an established medical facility are just some of the common challenges practitioners and participants face. A special supplement to Wilderness & Environmental Medicine offers an in-depth examination of military trauma techniques to help educate medical professionals and the end-user community to improve readiness and outcomes.


Shaped out of a preconference held last July in Telluride, Colorado, Tactical Combat Casualty Care: Transitioning Battlefield Lessons Learned to Other Austere Environments provides an overview of TCCC, explains the evolution and adaptation of the guidelines, discusses key updates, details ongoing TCCC process improvements, describes how these procedures can be best utilized in austere environments, and finally, explores how TCCC tenets have successfully been applied to civilian medicine.

"Without Tactical Combat Casualty Care training to all military personnel, most severely traumatized personnel would die before reaching surgical care," explained CAPT (Ret) Brad Bennett, PhD, EMT-P, FAWM, US Navy, Chair, TCCC Preconference and Guest Editor, TCCC special supplement. "However, today it is well documented that of the injured military personnel who reach surgical care, 97% will survive. The same surgical resuscitation methods have been transitioned already to US trauma surgical care in civilian medical centers and have shown the same significant reduction in mortality."

In his comprehensive look at the origins of TCCC, Frank K. Butler, MD, FAAO, FUHM, Chair, Committee on Tactical Combat Casualty Care, Joint Trauma System, US Army Institute of Surgical Research, San Antonio, TX, explains that TCCC was developed using the best evidence-based battlefield practices and grew out of a Naval Special Warfare biomedical research effort and the realization that, as Dr. Butler writes, "extremity hemorrhage, a leading cause of preventable death on the battlefield, was not being treated with a readily available and highly effective intervention: the tourniquet."

One of the areas of focus of the supplement is how these military techniques can be integrated into medical care in other austere environments. In his article "Translating Tactical Combat Casualty Care Lessons Learned to the High-Threat Civilian Setting: Tactical Emergency Casualty Care and the Hartford Consensus," David W. Callaway, MD, FACEP, Carolinas Medical Center, Charlotte, NC, talks about "trauma care as an individual skill" that should be taught to providers based on their level of knowledge. "Similar to the small team operations in combat, all individuals venturing into the wilderness should possess relevant threat-based trauma-training; teams cannot rely on a designated medic or external medical assistance when in the backcountry."

TCCC guidelines can help medical professionals, but can also aid first responders and civilians. In an emergency situation, medical professionals are often not the first people on the scene. Many of the practical recommendations can help those encountering trauma victims, whether it be far from other help in the wilderness or in an urban area. A new nationwide effort called "Stop the Bleed" was developed using TCCC guidelines to teach laypeople how to control hemorrhaging in an emergency.

The authors hope this special supplement will help spread important, hard-earned knowledge about trauma care and, in the end, save lives. "TCCC medical guidelines can work in both austere and urban environments by both medically trained and laypersons to stop severe bleeding," concluded Dr. Bennett. "As stated decades ago: the saving of a life is done by the first person who places their hands on the injured, so be that right person, at the right time, with the right training to save a loved one or another community member."

"This special supplement provides an impressive cross-section of information that will be valuable to many in the broad community," according to Neal Pollock, Editor-in-Chief of Wilderness & Environmental Medicine. "We appreciate the efforts of all involved to bring the project to fruition."

Medical Establishment also a Casualty of Ebola Epidemic
The Ebola crisis is claiming a collateral victim, beyond the human tragedy of the Ebola epidemic unfolding in west Africa: trust in the medical order.
READ MORE

Allied Healthcare Ventilators, a Boon During Mass Casualty Situations
A line of ventilators meant to be used during large scale casualty situations have been designed by Allied Healthcare located at St.Louis.
READ MORE 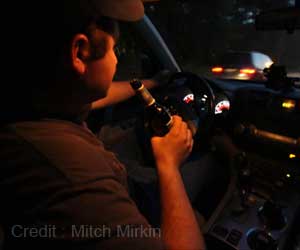 Can Reckless Behavior Worsen Symptoms of Posttraumatic Stress Disorder?
Engaging in reckless behavior can worsen the symptoms of posttraumatic stress and leads to trauma, finds a new study.
READ MORE

Five To Ten-Fold Higher Trauma In Midpelvic Forceps, Vacuum Deliveries
Midpelvic operative vaginal deliveries are carried out when the baby's head is midway through the mother's pelvis.
READ MORE