Common Cold Can Now Be Treated Faster With Zinc Lozenges

Recovery from common cold can now be much faster, by taking zinc lozenges not exceeding 100 mg of elemental zinc per day, reveals a new research.

On the fifth day, 70 percent of the zinc lozenge patients had recovered compared with 27 percent of the placebo patients, showed the study published in the Journal Open Forum Infectious Disease.


‘Increased yogurt consumption is associated with a higher hip bone density and a significantly reduced risk of osteoporosis in older men and women, researchers say.’


"Given the evidence of efficacy, common cold patients may be instructed to try zinc acetate lozenges within 24 hours of onset of symptoms," the study said.

The dose of zinc in the three studies was between 80 to 92 mg/day.

Such doses are substantially higher than the recommended daily zinc intake in the US, which is 11 mg/day for men and 8 mg/day for women.

However, in certain other controlled studies, unrelated to the common cold, zinc has been administered in doses of 100 to 150 mg/day to patients for months with few adverse effects.

The researchers believe that it seems highly unlikely that 80-92 mg/day of zinc for one to two weeks, starting very soon after the onset of the first cold symptoms, might lead to long-term adverse effects.

"Given the strong evidence of efficacy and the low risk of adverse effects, common cold patients may already be encouraged to try zinc acetate lozenges not exceeding 100 mg of elemental zinc per day for treating their colds," said lead author Harri Hemila from the University of Helsinki, Finland.

The researchers, however, noted that the optimal formulation of zinc lozenges and the best frequency of their administration should be further investigated.

"The three-fold increase in the rate of recovery from the common cold is a clinically important effect. The optimal formulation of zinc lozenges and an ideal frequency of their administration should be examined," the researchers said.

Winters and Common Cold: Connection Revealed
In winters, common cold virus is caught easily by people and the reason for this is revealed by researchers.
READ MORE 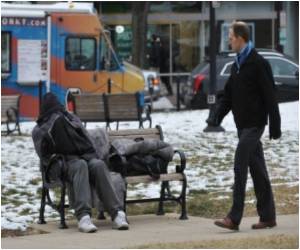 Few Simple Remedies to Cure a Common Cold
Winter may be on its way out, but the common cold is pretty much the year-long companion.
READ MORE